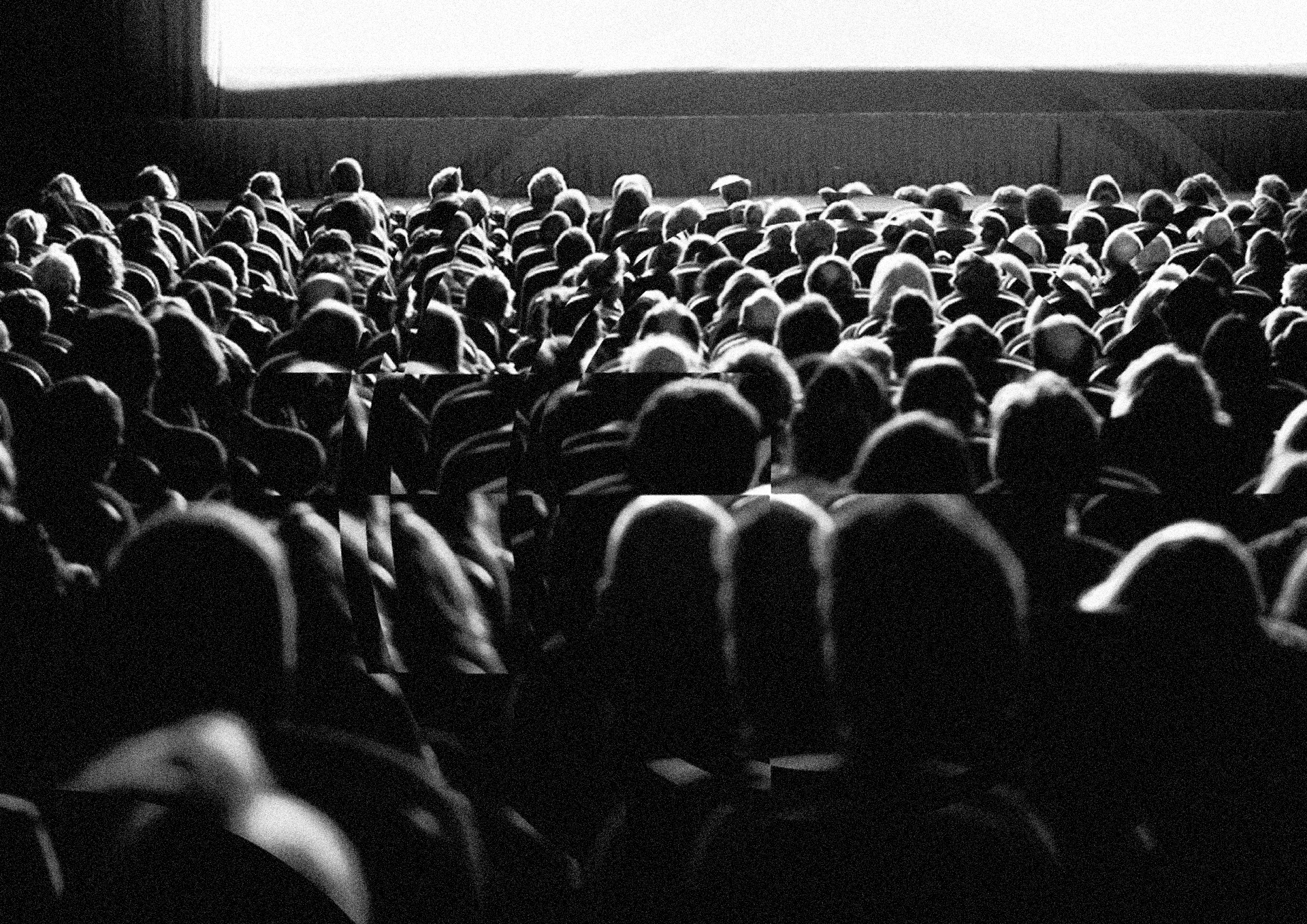 An examination of the role of film censorship within the local film industry.

Under film screening program titled Painting with Light, National Gallery of Singapore screened Indonesian documentary film that touches the issue of censorship in Indonesia. “Cuts” is a 70 minute documentary directed by Chairun Nissa and produced by Meiske Taurisia and Edwin. The film and talk have generated a couple of notable points anchoring the discussion. The topic has highlighted significant reflection as we can’t help to see the similar link to the hosting country. It also coincides with prevailing recent social group’s tension in Indonesia.

Cuts is a documentary revealing negotiation procedure that filmmakers go through: putting up with censorship board members (LSF) to get the film into a final cut. Some samples of the rejected footage clips were shown, which showed subversive issues such as ethnic, religion, and suggestive clips that are there for a reason. It reminds me of a well-known artist, Jumaldi Alfi who stated that in Indonesia the trajectory of publicly approved topics is wide with exception to religion and pornography. I suppose Indonesian government has gotten too used to mere critics on corruption that no explicit commentaries could irritate to cause a tiny bit of actual concern.

Quoting one interviewee from a representative council, film is an asymmetry war. It is a powerful mass produced art for big pool of audience which therefore loads a certain propaganda and is potentially a tool. According to him, generally speaking, to see it from overall education background, Indonesia is still too unready to be exposed to sensitive provoking film that has a higher risk of social conflict rather than productive discussion. One board member said that our society has reconciled with the issue and there is no need for a revisit to that part of history. Yet if it is true that we have, why would it still be an issue? Doesn’t that indicate an unfinished dialogue?

At some part of the film, a group of acclaimed film-makers reflected on their past advocacy move toward censorship policy. At that point the law required film makers to propose project to government, which is an absolute restraint to the dynamic. They were defeated on court due to absolute policy that backs up the other policy. On a clip documenting their argument in Supreme Court, a woman defended that our heterogeneous society needs different solution because censorship protect some and cut others from intellectual discourse, disregarding their curious and mature mind.

At first glance, it was an instant click to be on creator’s side. But upon further look, there are indeed more to be concerned about. Some laws are retained because they have, to an arguable extent, a valid point. It is no doubt that audience wants smarter films, not necessarily serious solid fact but well-put enough to poke relevant issues. If we are sufficed with local’s conveniently made superficial romantic comedies, there won’t be glaring contrast demand on Hollywood, and increasingly good indie local and foreign films scavenged on private screening. There are people in our country that are far more mature and critical, that leaves a lot of potential room for synergy between creator and audience. The film is not the end product of truth itself but rather a medium to collectively reflects our progression and aim on greater knowledge, bigger picture.

However, I can’t help to think that we can’t yet afford the danger when it comes to explicit controversial horizontal group issues. To some extent, the comparison mentioned by the producer between foreign film on NAZI and local’s on past riot is not quite fitting. NAZI films are mostly produced and circulated in western countries where audience acquired far more developed human rights awareness and appreciation for art, matured enough to not throw sentiment toward current generation related. It was also a case of political ideology with blatant racial sentiment by a person in power. The guilty political party has been discharged ever since. Meanwhile in Indonesia, according to by who and to whom the crime was committed, as much as politic came into play at some point, the sentiment is horizontal between the ethnic civil group and both groups are still living side by side, relying one another. It is not between people in power to civil, it is between the civils. The loose democratic law, are still way below the capacity to fully control potential of chaos that Indonesian and their easily provoked mind may commit to. As much as I won’t demean the number of open minded people we have, however along with low social welfare across majority an opportunity to justify crime upon chaos is likely, channelling their misinformed anger toward whatever or whoever within reach that is direct or indirectly related to the group. A footage of man proudly elaborated malevolent method used for his past killing to aggress a particular ethnic, growled my stomach of so much discomfort.

But now, chaos pictured above is the worst scenario it may happen, which might not be caused by a single movie or movie industry itself alone, but that is the trauma we are haunted by, that can still be seen on the chaos in today’s news. That was how in some way I can sympathize with such view, but my recent view on this still leans toward the support of free- speech.

There will always be things at stake, the clash of ideas, conflict, even chaos by the time frame that we choose to see. Shorter time frame can’t hide potential of the tension. Now the question is how negotiable that conflict is to be put at stake for a greater gain of collective’s progression, an increased quality of discussion, that can’t be overlooked in a longer time frame.

On QnA session with Meiske Taurisia, it was said that the censorship board members are representative of a few departments (religion, women’s rights, etc) playing audience role in anticipation of public acceptance. None of the members is from film industry. We are clueless as to whether or not they understand a good movie. Along the spectrum of qualification in each of their domain, what comes to the decision to have that particular person to be in charge? In this case an individual out of five members certainly makes a big difference. If we are to only put those representatives, they can be highly protective only in relation to their domain area, especially if there is no aim for intelligent discourse amongst themselves as members across diverse spheres.

For example, on the moral issue which is never not a debate subject. Ironically we have witnessed a lot of passed local film are neither good enough to moralize nor witty enough make you laugh, and it is not a matter of preference it is straight out quality issue. The word moral, such sacred word used that has divided and justified action in our society, in itself is a problematic notion due to its wide spectrum. Moral correcting obsession among beloved Indonesian shuts down discussion. It’s not that I’m supporting the use of those, say, explicit clip for a sole attention as a money machine (referring to local’s badly made horror film). It is because I believe that they do no harm to moral as much as it’s given credit for, regardless of whether or not the scene brings up a good point. Moreover, for the fact that some immoral examples are negotiable for perspective that can be as important, to showcase reality as it is. Visibly immoral scenes as a piece to a whole could constitute a morally enriching one.

If anything we need to train people is that we should not censor to protect people’s innocence (because on some cases they are not at all anyway). The ideal is to let them see to cultivate and train critical eyes and mind in highlighting important point among those “immoral” clips, as they are able to make sense of context in the bigger picture and not stuck on a single clip. To see the bigger moral at expense of smaller immoral. Because if moral is so much of an issue, we should add ignorance higher above that one point of the list. 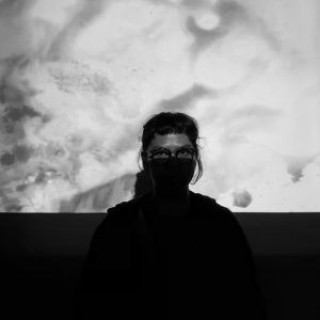 I'm Ahdini Izzatika, born in 1997. An Indonesian recent graduate currently based in Singapore. As a practising artist, often art and travel coexist on my research area, that touches on human's psychological nature. https://www.ahdiniizzatika.com