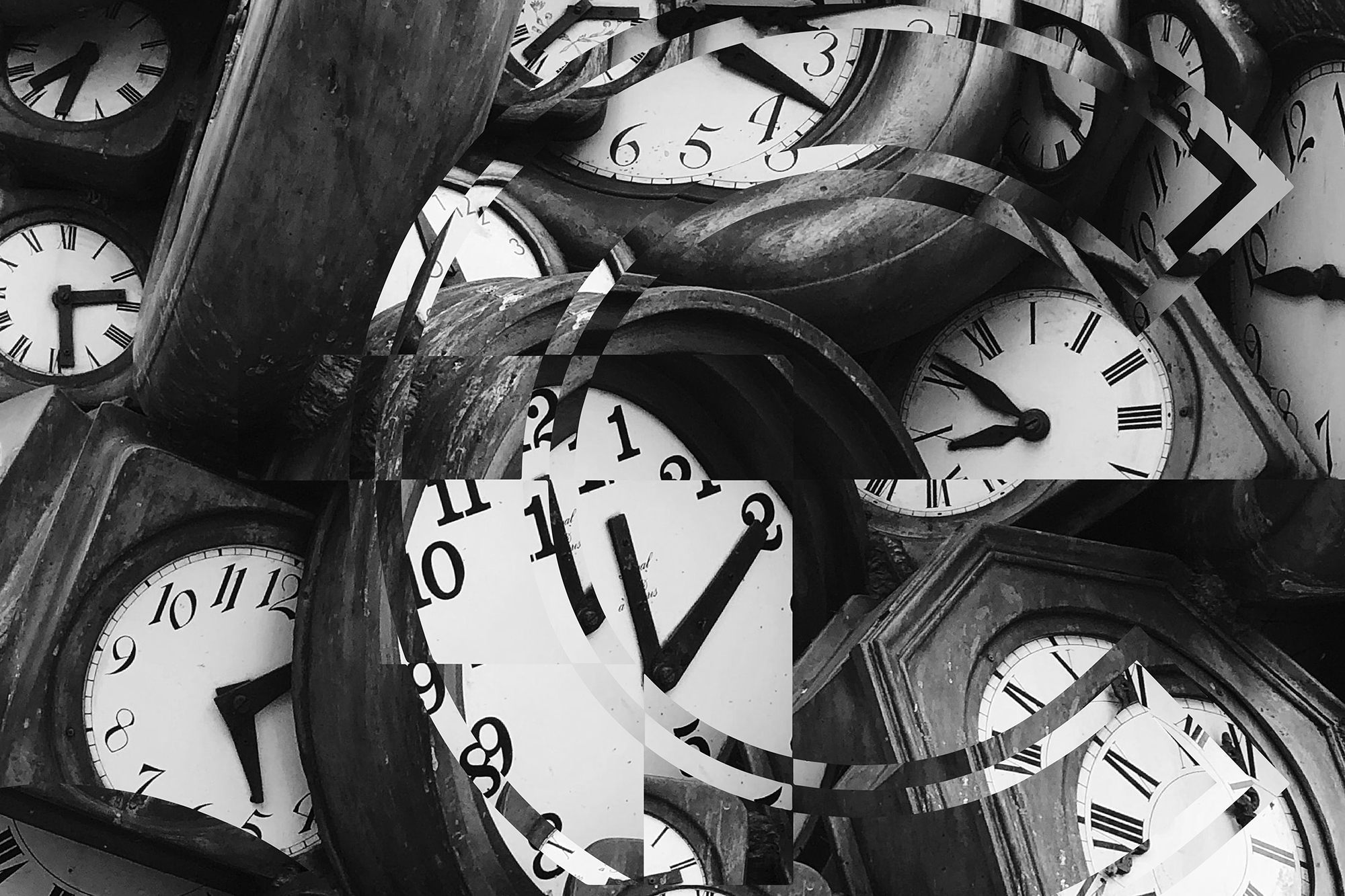 In this column submission, Nurida Azzahra writes about her journey adapting and knowing herself better during the pandemic.

After I read a collection of short stories entitled Tales from Djakarta by Pramoedya Ananta  Toer, I got to know that a lot of people in the lower class were having a hard time after independence. It was a period of bleak experience, many conditions far from all the good hopes after the struggle to uphold independence.

However, independence was a new thing for the government and society itself. They were unstable in the economic, social, and political fields. The difficulties received by the people were the impact of change. Many things had to be improved after the proclamation to make the condition of the Indonesian state stable and improving.

Let’s say that change is one of the hardest things to accept. Every change requires adaptation, such as the circumstances after the revolution, war, natural disaster, entering college, break up, pandemic, and many more. The fact that we have to carry on with it makes some people feel burdened, including me.

In the past few years, I feel that the changes I was going through were not easy. I’m sure a lot of people out there feel the same way, especially during the pandemic. Some people lose their family and friends, some people lose their jobs. There were lots of losses, lots of heartbreaks. The plans that had been made just fell apart.

Despite all the losses I’ve been through, I suddenly got plenty of time instead. I don’t need to go to campus, I don’t need to meet a lot of people, I could lie on the bed reading some books or writing poetry. It was fun for me at first. Until I finally realized that this pandemic wasn’t going to be over as quickly as I thought. Until I finally realized that I was lonely at that time.

Loneliness is something that almost everyone experiences during this pandemic. I started to miss my friends, the food near campus, the cats at the faculty. Basically, I miss my life before this. We all know that there’s nothing I can do, but the fact that I wasn’t good at texting people made it even harder for me to get used to it.

After I spent a lot of time overthinking—which I didn’t want at all, something is reflecting on me that I didn’t even notice before. I suddenly felt that I was never very good at controlling anger, making arts, keeping friends, pleasing others, or just not being fucked at life. I just realized that I was broken so much, but I’m an expert at hiding it.

Unfortunately, the things that popped into my head afterwards were so bad, and they affected on days ahead. Everything that used to matter to me became meaningless. I lost interest even in something I used to love. My music, my writings, my drawings, my family, my friends, my studies, even my looks became unimportant. I didn’t care about anything anymore at that point.

Then, my social life got worse. I started revisiting all the bad memories with the people around me. It’s not that I wanted to remember all the horrific scenes from the past, but I couldn’t help it when the film kept rolling inside my brain. I always thought that I wasn’t good enough as a friend, and they should have hated me by then. Sadly, I cut some people off in my life. Not because they’re bad, but I didn’t want to hurt them twice.

The worst part was the tears that kept flowing. Even though it already dried out, didn’t mean the pain was too. There were times when the storm that raged inside my brain was so strong that I couldn’t hold it. Suicide trial? Right, it was the thing that always came to my mind.  Horrible. But sadly, I’m just a coward who wasn’t that brave to kill myself.

Day by day, I realized more and more that there was something wrong with me. Especially when my sleeping hours were messed up and I started hallucinating. With the awareness that I  had, I ventured to seek professional help. It wasn’t that easy when I had to deal with the bad stigma from my parents, even though what I went through was partly because of them. But since it was an effort to save myself, there was a price I had to pay.

The first mistake I made when meeting a psychologist was that I had very high expectations. But what can a desperate person do other than hope? Some initial meetings didn’t work that easily. I even asked several times to change to another psychologist. They were true, finding the right psychologist is a bit difficult. It took a long time for me to feel more at ease.

But life goes on, right? I was still attending lectures, doing group work, talking to some friends, and being on social media. Then I received a lot of good news. I felt that many of my friends were one step ahead of me in their 20s. There was one who was involved in filmmaking, got a scholarship, opened a business, or got married and had children. While I was here making an appointment every week with a psychologist, just trying to feel better.

At that time, I just questioned myself a lot of things. What will happen to me? What should I  do next? Will I work in a company or become a kindergarten teacher? Will I marry that guy or just be alone with some cats? Will I be successful and rich? Am I going to be what I want to be? Am I going to get better?

There were even still many questions in my head that overwhelmed me. But there’s one thing  I forgot to ask. Have I focused on myself? Right, not yet. I was still watching people, which leads to having the fear of missing out. The habit of comparing myself to others just increased my anxiety. I felt bad when something didn’t go the way I wanted it to.

High expectations also slowly killed me. I wanted everyone to be as good as I imagine. I tried to be the kindest person I could be. And the fact that it was far from what I imagined made it hard for me to forgive any mistake. But it happened to me often that made me hate myself more than anyone.

Then, someone said that I was such a perfectionist. I projected what I worried about. I forgot that no one is perfect. Maybe if I wasn’t that hard to forgive mistakes, I wouldn’t have thought that many people hate me. Then I wasn’t that desperate.

Afterwards, I started to write down all my bad personality. I tried to accept that they’re also part of me. Then I could understand others when I had forgiven myself. It wasn’t that hard when I figured out the problem. So I immediately contacted people and apologized for disappearing. Sure, we are fine. It was just something in my brain and I overreacted about it.

Besides, I forgot to be in the present. I mean, I was only worried about the future and regretting the past. What a waste of time. But that’s life, we learn. I try to focus on the present and do good things for others. Such as gardening or playing with cats. That’s much better than worrying about something that hasn’t even happened yet.

Changes in the past few years have not been easy, but there are always good things to take. For me, it’s time to stop for a moment and know myself better. Time flies so fast, and sometimes we don’t even have time to figure out what we want or what we live for. As we know, we are asked to graduate with a high GPA. Then, we are required to work in a big company with a big salary. Afterwards, we’re asked to get married and have children. And it all goes by very quickly. I mean, is that what we really want?

After what happened to me during the pandemic, I can think more clearly. I can plan what I  want for my future without worrying too much. Not only financially, but also mentally. I don’t know what would have happened if I hadn’t been given time to stop. Maybe I will be a toxic girlfriend to my partner, or maybe I will vent my trauma on my children. Which I don’t want any of that to happen.

But eventually, I know myself better now. Which I am very grateful for. Maybe one day in the future, the raging storm will hit me again. I never know when. But at least I can be more patient when it comes. After all, healing is a lifelong journey, right?

They say that the pandemic is mother nature’s time to heal. And who knows? Maybe that might be true. But for me, this is the perfect time to forget time. 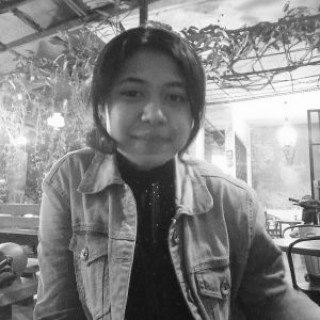 A dreamer who loves to ride around the city where she grew up, Bandung. Want to get away from the urban bustle at 30. Find her on Instagram @nuridazhr.