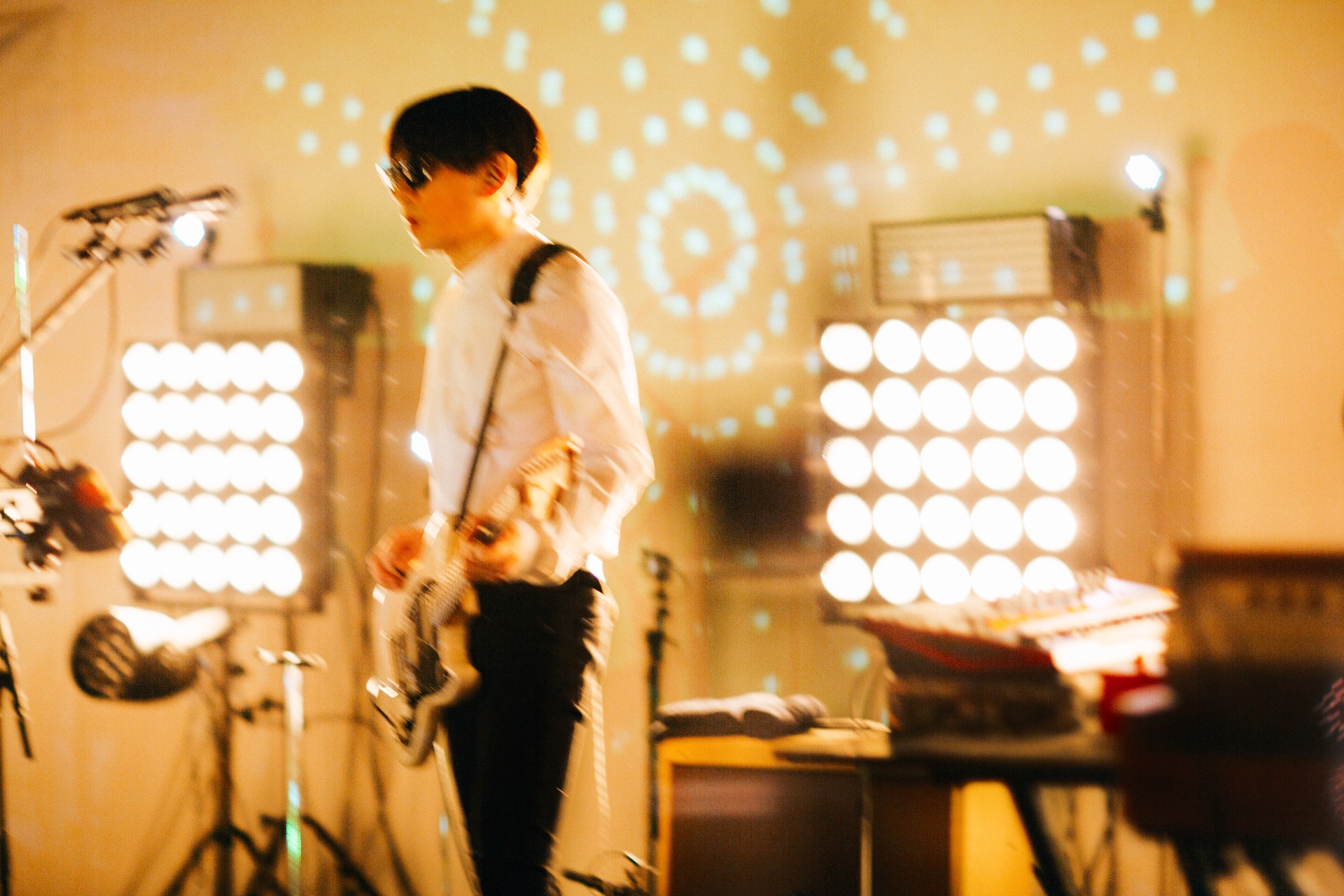 We talked with Keigo Oyamada, the man behind Cornelius about how Shibuya Kei starts, his mind blowing experiences with Yoko Ono, and sharing his thoughts about some Indonesian musics.

In partnership with Joyland Festival

Keigo Oyamada is your favorite musicians’ favorite. Early in his career, Keigo had become an important part of the Shibuya-kei subculture with Flipper’s Guitar. When he then continued to work as a solo musician with the moniker Cornelius, his name increasingly soared through the album Fantasma which until now is considered to be one of the important works that bridge experimental music with pop music. He earned the nickname “modern-day Brian Wilson” as well as “Japanese Beck”. When Joyland Festival announced that Cornelius was one of the headliners at this year’s event, we couldn’t wait to experience Keigo’s compositions for himself and have a chat with him at the same time. Here are the results of our online chat with Keigo about how he became an important figure in the birth of Shibuya-kei, about music as an effort to archive memories, working with Haruomi Hosono to Shintaro Sakamoto, as well as his comments on the English lyrics of local musicians.

Together with Kenji Ozawa as Flipper’s Guitar, you were hailed as one of the critical founders of the Shibuya Kei, can you tell us how it all started from your perspective?

From the end of the 80’s to the beginning of the 90’s there were a lot of record shops in the Shibuya area, and the scene started there and was called Shibuya-kei. It was born from an alternative scene, and perhaps because I was also raised in Shibuya.

Is it possible to re-create/start such movement in the current era?

Japan was still in the bubble period then economically and there was no internet then… I don’t think something like that could happen now in Japan, but it’s possible that it could happen elsewhere in Asia.

Japanese music, as well as its culture, always has its unique edge, as one of the key person that contributes to this identity, how do you think it all starts and is maintained from generation to generation?

How do you find the balance between experimentation and pop music?

It may depend on the time and the percentage of it may differ at the time.  My interests are broad, so I like to try many things.

My favorite musician said that “it is hard to write content”. After all these years, how do you stay sharp on finding new music-making methods?

One is the growth of technology, but new experiences and the current state of the world, and by listening to all sorts of music influence me.

In an interview, you said that through music, you are archiving your own memories by sampling music and sounds from your childhood. Does your sample collection focuses more on a particular era, or do you still find interesting things in pop culture nowadays?

I think there are many interesting things in the new pop culture these days, but when I was child in the 70’s, there were many children due to the baby boom after the war in Japan, so there were many television shows for children and the adults had paid great attention in the making of these shows.  It was that sort of generation, so I think there was a lot of interesting things being created for children at the time.

Before Youtube, I used to archive samples of TV commercials and tokusatsu (SFX) theme songs, but now that there’s Youtube, it’s became easy to access generations of archives so I don’t archive them anymore.

You’ve worked with several notable artists, from different generations and various creative signatures: Yoko Ono, Shintaro Sakamoto, to Salyu. How does it affect your creative process?

Depending on the person, there’s character and in Yoko Ono’s case, it was improvision-based and since she’s work with John Cage, “chance operation” was how we worked.

Sean Lennon, Yuka Honda (Cibbo-matto) and I turned music born from the sessions into shape.  Influence-wise she is a legend and a huge presence to Japanese artists.  To be able to make music with her was an honor.  We toured together around the world and was able to perform with Lady Gaga, Iggy Pop, Eric Clapton and Ringo Star–people I couldn’t believe I would be able to perform with.  I was able to really have a precious experience.

With Shintaro Sakamoto, he’s from the same generation as myself, and a friend.  For collaborations, I did a couple remixes but mainly write lyrics with him.  He’s the artist I respect the most that’s in my same generation.  The songs that I think are special to myself (“If You’re Here”), was written with him.

I think there are many interesting things in the new pop culture these daysAs for Salyu, she’s an artist specialized in her vocals.  For this project, I made the songs and arrangements and also produced the live shows.  This is the first project that I produced at this capacity and it’s also the first project I produced with Shintaro Sakamoto.  I feel like I made an album that I really like myself, but it’s unfortunate that it’s not known so much.  You can see/hear it on Youtube, so please check it out.

With how music is consumed differently today (digital streaming algorithm, musician/label focusing more on releasing singles rather than albums), does this affect your way of writing music?

I don’t really think about it in this way and still have an album concept.

If Cornelius is about to make a movie, how will it be?

We would like you to listen to some of Indonesia’s bands/musicians, and if possible, will you share your thoughts on the songs as a producer:


The sound of the guitar using the whammy is really good!  It’s seems like the 90’s American alternative sound, like Sonic Youth, but I feel an Asian ethnic-like melody which is really good.

This reminds me of Gamaran music using the present technology with electronic music.  I feel a ghostly-like vibe from the music.

The Cottons – It’s Only A Day

This reminds me of British band when I high school called, “C86”.  It’s well-made and I like it much more than the bands in Japan that sound like this.  It’s somewhat sweet and sour and I feel nostoligia. It’s really like a British or American band and this is hard to imagine that they are an Indonesian band, but I think I really like it.


The texture of the sound and placements of the sounds in the atmosphere is interesting.  New age, minimal and ambient music is a world-known language and it’s everywhere.  I feel that there’s a need for this type of music to be recognized now.


This reminds me of the beginning of 1980’s of sythn wave, cold wave and 8-bit Chiptune.  Including The Cotton’s, this band is also very good in English.  Does everyone speak in English on a normal basis there? I think it’s an advantage with English being the common language in pop music.

What’s next for Cornelius?

Going to Indonesia to perform at Joyland Festival Jakarta, then Thailand for Maho Rasop Festival.  It will be the first time for me to go to Jakarta so I’m looking forward to it.  After I return, I will work on my new album recording and would like to release it next year.