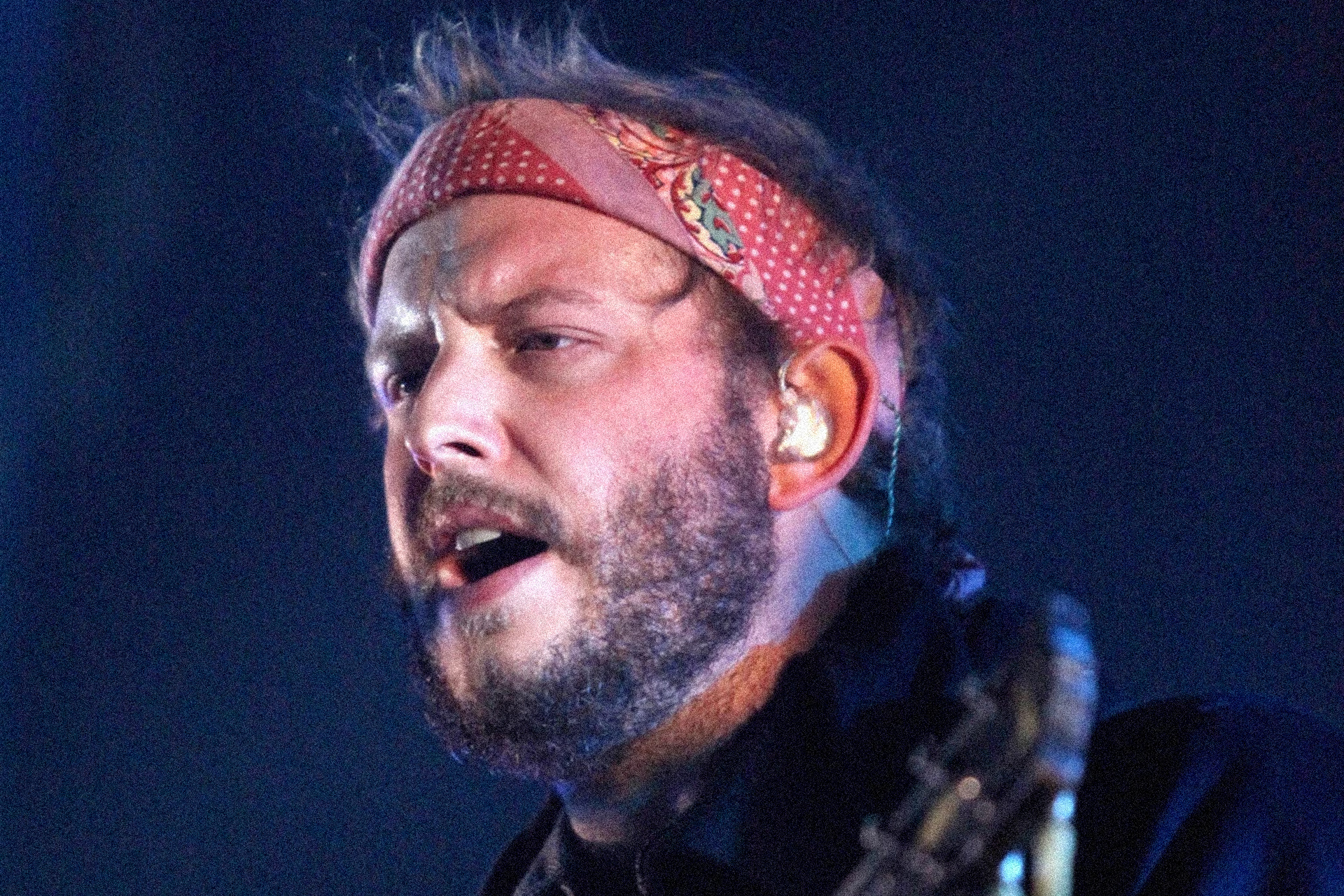 We speak with Justin Vernon to talk about how he adores Senyawa, being bored with western music and supporting Bernie Sanders.

Justin Vernon is one of the most important musicians in our generation. This can be seen in how he develops his work. Instead of continuing the success of his initial album, he challenged himself and his listeners with new albums that deconstruct the writing process of conventional songs. He has also collaborated with figures from various backgrounds, from James Blake, Travis Scott, to Kanye West, Jay Z and Eminem.

To celebrate his first concert in Indonesia, we had the opportunity to talk with Justin Vernon and Sean Carey (drummer and supporting vocalist of Bon Iver) about the development of Bon Iver, as well as the preparations for their performance in Jakarta.

Bon Iver has grown into a collective on stage, how do you find the right collaborators? And how can you make room for each collaborator to express themselves under the name of “Bon Iver”?

Justin Vernon (JV): This project has become an amalgamation of the spirits of each musician  … we all have a very good combination of ego and egolessness.

Sean Carey (SC): That is actually kind of tricky because you never want the song to be too dense. You have to show restraint and leave room for other musicians to play. But, I think we all understand when we need to leave space and when we need to step out and shine. In the end, it’s not really about personal expression though, it’s about the song and playing the song in the most effective, beautiful way.

Many people praised “Hey Ma” on the album ‘i,i’, but I was most touched when I heard the song “Faith” where you questioned your faith in God. If faith in God is getting thinner, where do you find peace?

JV: There is never fully peace; there is too much suffering to ever arrive at a moment of complete peace. But I do believe in the blessings of living life to its fullest and expressing human conditions in an attempt to understand ourselves more, so that we may change even faster. I think faith is the relationship we have with our measurement of this.

I enjoyed the visuals of your last two albums. How relevant are visuals in music to you, especially in the digital era?

JV: I try to concentrate on the music and work with people that I love and whose work fits and challenges our music visually (Eric Carlson!).

On one occasion, you had a chance to collaborate with Indonesian musician Senyawa, what underlies this collaboration, and what did you get while working with them?

JV: I’m VERY bummed to be missing their 10th Anniversary show in Jakarta on the 17th. We will miss it by one day; FUCK! They are one of my favorite artists of ALL time. I love Rully and Wukir very much; they have traveled over to play in my hometown of Eau Claire.

Aside from Senyawa who has successfully penetrated the international music scene, there is also Gabber Modus Operandi who has played at CTM Berlin, with some of their songs being played in one of Bjork’s live performances. Do you think that the world is getting bored with music from Western countries and is starting to look East?

JV: I don’t know Gabber, sounds rad! I sure hope so! It gets tiring hearing the same Western shit over and over again.

It gets tiring hearing the same Western shit over and over again.

You are quite active in expressing your political stance, one of which is by voicing support for Bernie Sanders and Elizabeth Warren. How do you see America today? And how do you see the role of artists in social change?

JV: Like I said above, our job is to discuss our conditions in order to deeper understand why there is much pain begetting pain in this world. Bernie is the ONLY ONE who has the courage to do what’s right.

SC: Well, at least in America, it seems like people don’t really look at politics or religion for leadership anymore. There’s far more importance on musicians, athletes, actors, etc. and so it’s our responsibility to lead by example, raise money for charity, lead ethically, help others, “spread love” – that’s our mantra.

In Indonesia, you’re going to collaborate with Hollaback Jakarta to raise awareness about gender issues. Recently, in Indonesia, there was an initiative from a local musician who campaigned for the use of SOS signals to send alert regarding sexual harassment on music events. In your opinion, what can musicians do to voice this issue to their listeners?

JV: We do what we can and it’s never enough. People’s safety, in gender identity and sexually, is in a very continuously dangerous place. The more we can do to highlight it and serve those who serve those folks, the better.

SC: Very cool. Yeah, there’s endless work that needs to be done in so many areas of our social openness. I think a “baby steps” approach is helpful. Small goals, small improvements like the one you brought up, and the what we do at our concerts. It’s really just putting ideas on people’s radar.. some things they should think about, consider more, ways to help out, and every little bit helps. If we play a concert for a few thousand people and 100 of them help out in a small way, that really adds up.

In some live performance videos that I have seen, you can create a smooth transition between songs from your old albums to the newer ones, how do you prepare your setlist during the tour? And what can we expect from your appearance in Jakarta?

JV: We usually make the setlist the day of, in the afternoon so we can feel the feelings of the room and the day and the vibe. We are getting lucky with how many songs to choose from, but there could always be more!

Anything unique we can expect from your appearance in Jakarta?

SC: Who knows! I think we’ll be excited to feel some warm air and sunshine.. we’ll be ready to rock.

Thanks to Ismaya Live for helping us conduct this interview.