Gam Lamo from the East

Gam Lamo from the East 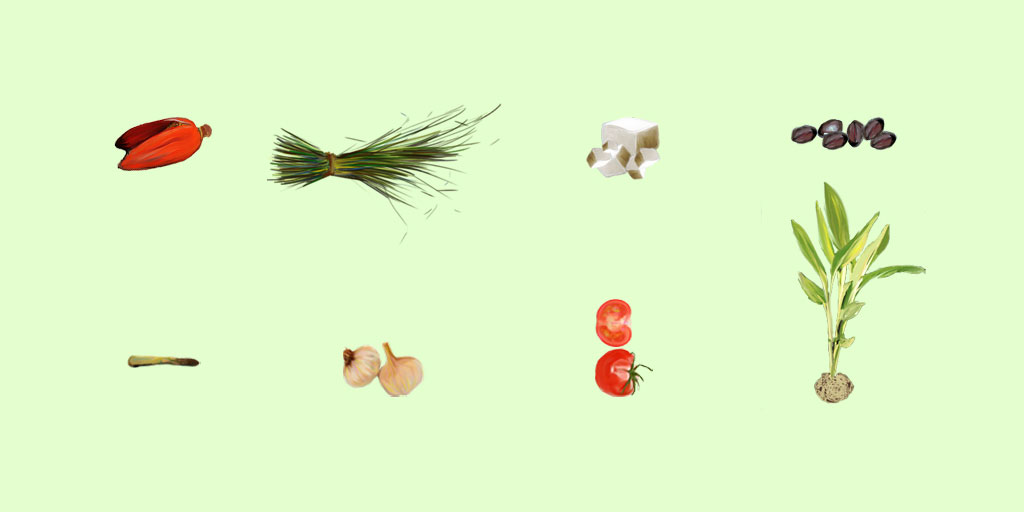 Gam Lamo from the East Afo clove is a prime ingredient, the origin of clove seedlings can be found here. Spain, Portuguese, and Dutch challenged their lives to conquer its spices. It was the first kingdom in Indonesia to beat back western foes. Do you need any other reason for not weaving romance with the cuisine of Ternate, the place where the renowned Gamalama mountain is located? I stretch a red line, concluding that Ternate cuisine is as rich as its history. The spices gave a magical experience to the food here, even western allies are willing to travel thousands of miles across the ocean to conquer it all (and eventually sparked a prolonged colonization). Arab merchants had a longstanding relationship with the kingdom of Ternate, marking a succinct influence of strong food flavor, then came the Indians, Chinese, and Portuguese, followed by Spanish, and the last was the Dutch.

Imagine how rich the flavor could be, due to the influence of cultural fusion!

And I proved it all through a spiritual experience by navigating the ocean of taste and celebrating the cultural master piece…The experience itself started with a spark of surprise.

As I was overwhelmed by the palatable appetizer called Gohu Papaya, the fun bang-bang instantaneously danced on the tip of my tongue. The key to success for Ternate salad is the freshness of rawness similar to a western-style salad, but it uses julienne cut California papaya with grind ginger, chili, mix vinegar, salt, sugar and a pinch of local shrimp paste if you like. Gohu Papaya‘s Chinese influence was clearly detected by my tongue, thanks to the use of  ginger. It’s final taste? spicy and fresh with a crunchy and playful texture all around.
 
I did  not allow myself to drift off to over-indulgence yet. Because afterward came a spicy sour soup with fresh red snapper, perfectly blended with the various ingredients of the archipelago: red peppers, tomatoes, and walnuts that were finely crushed. Resulting in a combination of  enticing color: a pinkish tangerine color, that reminded me of a beautiful sunset glowing on the edge of Swering beach, Ternate. The sour and spicy flavor spectrum tasted appropriate without being too excessive. Whereas, the finely crushed walnuts  mixed into the savory flavor created an addition to the thick gravy. Contrasting to the overall flavor is the ingredient itself: the fish, which was a challenge that can be easily overcome if you live in Ternate, as the sea is your close neighbor.

Speaking of the sea, Ternate is rich in marine edible creatures, especially tuna and skipjack. The home made fish product industry can be effortlessly found in Ternate.

Fufu fish is one of the name after being processed, it is smoked skipjack which has a layered texture and a fantastic aroma of smoke. With its fixed bright color the dish is suitable juxtaposed with a variety of hot sauce, such as sambal bakasang (chili with skipjack eggs and belly), banana heart sambal, walnuts sambal, or dabu dabu manta sambal. It is luscious!

The Arab influence was embraced tautly by one typical dish called Yellow Mutton. It has the color from turmeric, aroma from lemongrass and cinnamon, and a savory flavor from the mutton broth. Complete both the taste and its appearance.

The Yellow Mutton will be a death match with bread or sago kasbi (shaped like a loaf of bread but made from cassava flour and  a hard texture that softens when it is exposed to liquid).  It will be guaranteed that this will result in addictiveness.

One more dish that did not escape my sense of taste is Sayur Biji-Biji. Rounded small balls of minced skipjack scattered everywhere, accompanied by minced garlic, chives, bamboo shoots, and walnuts. It was hard to define its taste even by using the most superlative words.  With a common pale appearance, an appearance which was out of the ordinary when talking about Ternate cuisine, it did not qualify to describe the savory festive: a concoction of salty, savory, and a trace of illuminated sweet hovering on the edge of taste.

Finally, I decided to mollify this prolific dancing flavor with something sweet. Guraka Water, Pisang Coe, Kue Cara, and Sour Carambola Syrup, the  proper antidotes of all. If Guraka Water is the heavy spiced beverage with a sprinkling of walnuts on the surface, sour carambola syrup is the anti climax. A simple syrup, made only of boiled water, sugar, and a sour carambola.
Through out the tasting process, you can briefly sense the caramel spiked with vanilla powder. This syrup deserves to be enjoyed with ice cubes to bid the heat.

But do not leave out Pisang Coe, the layers of banana with sugar and coconut milk is a finicky remedy for those with a sweet tooth. Steamed off to contrast the sweet after taste, I balanced it with Kue Cara, similar to Javanese mud cake but thanks to the sprinkling of salted pan-fried skipjack with a dash of soy sauce, basic ingredients, and rice vermicelli, it made Kue Cara a rich and satisfying savory snack. Once again, I finally completed my spiritual gusto experience. Endlessly elongated and straight shaped, hoping to connect each dot of culinary taste in Indonesia through meaningful writings.