The Button to Button Up

The Button to Button Up

A Personal Look at Technology's Influence.

Let’s take a step back, shall we?

I remember clearly the days when I had my first handphone. It was a Siemens Cell phone and I was very proud of it. When I was in sixth grade, I asked my father for a new one — telling him that all my friends had cool phones. He granted my wish after many lectures on the difference between one’s needs and wants because that’s the kind of father he is.

We lived in an era of transition, right before technology was about to kick its way in and dominate our lives, a time when physical touch was still the center of light human interaction. It is true that compared to our parents’ era, the era we grew up in was much more advanced and technology-driven, but of course it was nothing like what we have now – you are probably reading this with a WiFi connection you may or may not be thankful for.

My ‘teman SD’ and I were crazy about the phones in our hands, yet to bring joy out of these devices demanded social interaction. For example, we sat at the school canteen sending each other cute, pixelated clip art while constantly changing our Bluetooth names at least once a week, if not every 3 hours. We tried getting a fair deal on exchanging the latest Indonesian pop songs. We passed around our phones just to see what has changed since the last time we looked at them. What has changed was usually the wallpaper and, of course, the Bluetooth names.

Our handphones used to be a self-reflective and very personal item. The different phone models with all the casing, the excessive phone chains and charms, the wallpapers, the phone themes we either asked our brother to download from the Internet or the ‘kios HP’. What we have in this era that is somewhat equivalent are Instagram feeds and Path updates as our thumb rigorously goes up and down the buttonless device. If people back in the day saw this, they would probably wonder what we are trying to clean from the surface of our phones.

And don’t forget about the photo-editing feature that came with the phones. I used to envy Nokia’s selection of stickers and how some of my friends had front cameras for what we know as ‘selfies’. And I must say that my Sony Ericsson had an exceptional sound quality.

I Recently came across a TED Talk from 2009 featuring Pranav Mistry, an MIT grad student who developed what is called The SixthSense, a piece of technology that aims to integrate digital information with the real world using natural hand gestures to perform activities you’d usually do on a computer. It is strange to see this video in 2016 — for me it was seeing what technology is capable of and the crazy things geniuses are working on. Mistry was already thinking about bridging the virtual and real world and implemented this idea in his projects. This has led me to a question: do we need more technology to return to our natural state as humans during this era of modernization?

‘No’ is perhaps the answer. Technology is man-made; it proves how powerful we can be both as a collective or an individual. We should tackle the problems raised by technology through human response and behaviour, just like how we invented technology in the first place.

Where am I going with this? I’m not talking about diminishing all things techy or a lifetime absence from your social media. Remember, we are living in the age where pressing one or two buttons can make a huge difference. Like accidentally liking someone’s photo during your before-sleep stalking session.

Technology has been a big part of our lives and rejecting it will be counter-productive. Living with very minimal technology is possible yet we should keep in mind that in our current lifetime, technology is inevitable and it is what sets our society in motion.

Technology, with all its magic and its power, is a world of its own. The keyboard village, the pixel shops, the binary signs — can you see how it has its own language? Technology is something that is completely different from human nature that has made its presence amongst us. It’s a world within our world. And let it be a different world.

Treat it with care and use it critically. Embrace our native instinct and energy. Instead of Whatsapping your friend asking about your next meetup, go directly to their house and perhaps, bring your Nokia 2100 with you, for old times’ sake. It should be there somewhere, right?

“The Button to Button Up” ditulis oleh:

Reyna Clarissa
Currently delving into her fondness in visual studies and design principles. Other than that, she likes to cook, walk, draw and write. She also enjoys thinking about her solo trip to Japan or India one day. Find out more about Reyna Clarissa by going to her website. 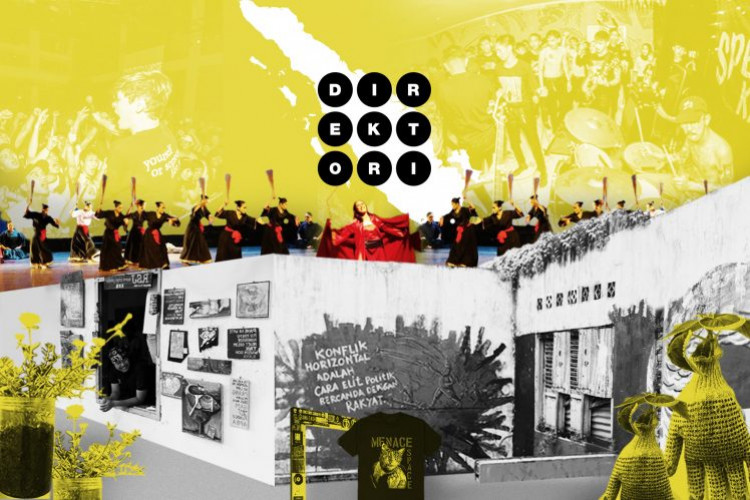