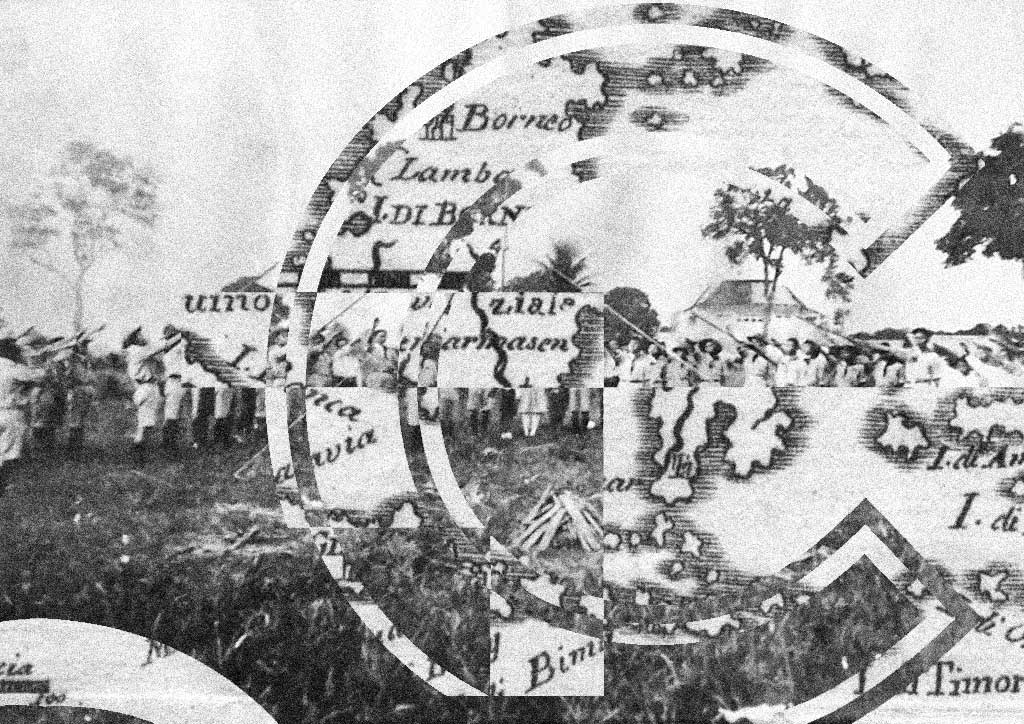 The Nippon troops invasion in March 1942 marked the ending of Dutch colonial rule that incited hope for many Indonesians. In Pramoedya Ananta Toer’s autobiography, he mentioned a memory of the Japanese arrival in his town, Blora, Middle Java. Japanese soldiers came with trucks written with slogans such as ‘Japan-Indonesia Together’. They loudly hummed Indonesia Raya with intermittent cries of “Japan is your older brother!” Even Pramoedya recalled that “With the arrival of the Japanese just about everyone in town was full of hope, except for those who had worked in the service of the Dutch.” (p.158). Indonesia’s sentiment for the Japanese was from their vision of Asia for Asians, which was essentially used to infuriate the Allies and Dutch East Indies colony.

Time then revealed that the Japanese came to Indonesia for something other than liberating the nation from Dutch colonialism. They did facilitate Indonesia’s national awakening by arming Indonesians and allowing the development of political organizations. It was with help of the Indonesian ruling classes and politicians that the Japanese got supplies of industrialized plants (e.g. rice paddy), railway lines and railway rolling stock to ship for Japanese in Japan or Manchuria. The Japanese arrival soon led to starvation and poverty in the cities of Java. Millions of male Indonesians also entered the forced labor industry, became romusha, to equip the Japanese war that was supposedly for Asia and lower class Indonesian women were then also involved in sex slavery. This indicates that the experience of Japanese occupation differs depending on one’s social status and geographical location. (Countrystudies)

According to the Oxford Dictionary, history is a “continuous, typically chronological, record of important or public events or of a particular trend or institution.” One can learn about history from photographs, academic books and news archives, however, it is also possible to learn it from accounts of a person who witnessed it. Literature is another way people learn about historical events and such works are usually categorized as historical fiction, which has been a long tradition in the discipline. Fictional story is one way for the Greeks, Chinese and even Indonesians to share stories about the events, people and places of the past. The difference between literature and the documentary method of photography, academic books and news is in how the facts are processed. There is a cultivation of literary processes required to transform facts into fiction so that both components would complement each other.

One of the most memorable Indonesian historical stories that I’ve read is in Dari Ave Maria ke Jalan Lain ke Roma (i.e. First published in 1948); a book consisting of various writings by Idrus in the forms of short stories, drama scripts and novels. Idrus was born the year 1921 in Padang in which famous writers such as Tulis Sutan Sati, Nur Sutan Iskandar, Marah Rusli and Abdoel Moeis were also from. Except Idrus, these Minangkabau writers influenced the development of modern Indonesian literature with a formal and serious writing style; moreover, their stories always have a moral component and sappy romance. This literary atmosphere was also developed and supported by Balai Pustaka. Even novels by Sutan Takdir Alisjahbana, who always championed Western literature, were still influenced by Balai Pustaka’s formula. His works were written in a formal style, incorporating Malay sayings and consisting of tearful characters without any humor. (Sarjono, 2014)

Idrus, like other legendary Minangkabu writers, have worked two years at Balai Pustaka. He then also became a prominent writer. Idrus wrote his works with a revolutionary style that enriched our modern literature. His works have demonstrated that Indonesian literature can be written using sharp and straightforward words to convey humor and irony. His career as a writer started around 1942, the year Japanese arrived in Indonesia (Sarjono, 2014). This experience strongly influenced the content and satirical style found mostly in the Corat-coret di Bawah Tanah section of Dari Ave Maria ke Jalan Lain ke Roma. However, the criticisms and cynicisms continued following Indonesia’s independence, evident in the Sesudah 17 Agustus 1945 section of the book. His works were written while he faced the harsh daily reality of Indonesia’s social, economical, political and cultural situations. The ironic realism style of his writings is what makes his stories universal and relevant to this day.

A well-known short story written by Idrus, Kisah Sebuah Celana Pendek, the narrative begins on the day when the Japanese attacked Pearl Harbor. Kusno, a fourteen-year-old boy, received a new pair of Italian made shorts, celana kepar 1001, from his father who knows nothing of politics. With the new pair of pants, he felt as if all kinds of job opportunities were open for him even though he was a son of an opas (i.e. servant and/or guard) whose highest education was Sekolah Rakyat (i.e. a term for elementary school during the Japanese occupation). Unfortunately, his hopes never became reality. Unlike Kusno’s family, who did not understand how much of an influence the attack on Pearl Harbor will have on the job market, the factories and offices knew the repercussions and of its coming impact. Not one place wanted to hire new employees. Kusno sincerely accepts the reality of the situation only when he must give up his position as a clerk and become an opas like his father.

Kusno still worked diligently and as days passed the color of his shorts becomes dull from washing. Each month he only wished to get a new pair but ten Rupiah is not even enough to feed himself. What Kusno always thought about was his shorts – what if one day he could no longer wear it? Each day he prayed so God would not let the rain come pouring. He was worried of not being able to buy soap to wash his dirty shorts. The author described the hope for prosperity from the arrival of the Japanese troops through Kusno and his shorts. Kusno endured the poverty and starvation that handicapped many Indonesians during Japanese colonialism. Most Indonesians lived with a hope for independence but Kusno lived with a hope for a new pair of shorts and this motivated him for years.

One day Kusno realized that his pants were almost torn and too dirty to wear, thus, he asked for a new pair to his supervisor but instead he received mockery. Kusno then quit his job and let go off his hope that did not seem to come true at all, just like the people’s dream for Indonesia’s independence. He thought of selling the shorts yet he knew that he will have nothing left to cover himself. Kusno thought that perhaps he can steal other people’s possessions but he believed in a God who told him not to do so. He gets a headache and it only worsens each day. Kusno knew that the only relief he can have is by consuming some food, but having nothing he can only eat dry leaves at night. The story ends with Kusno accepting the fact that his life is full of suffering, and he cannot comprehend why people wanted war.

In Kisah Sebuah Celana Pendek, the historical event of the Japanese invasion is not simply a context for aesthetic. In addition, Idrus is not merely re-telling the historical event. The tragic story about Kusno’s life is not based on any real historical person. However, Idrus did write his stories based on what he perceived in kalangan rakyat who suffered most from forced labor and starvation during the Japanese occupation in the Dutch East Indies.

Considerably, the historical event provides a room for Idrus’ criticisms towards the Japanese. For example, Idrus criticized the Japanese occupation that brought false hope for most Indonesians. This is noticeable in the irony of how Pak Kusno was still able to get a pair of new shorts for his son before 1942 but then Kusno starving under their rule. Idrus may want to convey that the Japanese caused even more suffering to non-elite Indonesians. Furthermore, Idrus’ short story indicates how, during that period, the aspirations of ordinary poor citizens to have a better life are neglected for the sake of the ruling class. Pak Kusno wished that his son could have a better life. Kusno himself simply wanted to buy a new pair of shorts but his hope could not come true due to the war’s impact.

From Kusno’s life, Idrus also illustrated the lives of lower class Indonesians during the Pre-Independence era. Most of them only finished Sekolah Rakyat and this situation limits their ability to get better paying jobs in the workforce. Kusno’s character is described as a person who only nrimo (i.e. accept) whatever life throws at him. Kusno only nrimo when his clerk position was lowered to an opas. Moreover, his nrimo attitude is also evident when he accepted the Japanese at his town because, without knowledge of what the Pearl Harbor attack meant, he thought they would bring prosperity. Kisah Sebuah Celana Pendek reveals to readers that the education and economic limitations of lower class people makes them susceptible to be the victims of wars. Kusno’s starvation happens also because rice stocks–planted, harvested and processed by Indonesians in their own land–get shipped to Japan or Manchuria for the Japanese.

Based on the daily events that Idrus witnessed (i.e. what happened to lower class Indonesians after the Japanese invasion), he transformed facts into a fictional story. His work Dari Ave Maria ke Jalan Lain ke Roma shows that literature could convey another side of our history, such that Kisah Sebuah Celana Pendek gave a narration about lower class people, who are easily and often forgotten. With literature, readers could learn not only the historical event but also its emotions. This is possible mainly because of the micro-perspective of lives affected by the war. Thus, perhaps reading historical fiction could complement how we could perceive history. Furthermore, for Idrus, writing about the past gives him space to criticize and raise awareness of injustices that happened. For us readers, reading about the past in Idrus’ short story inevitably would make some of us reflect on the present. 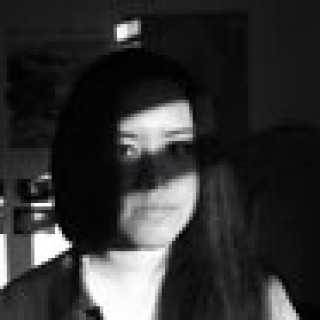 The Many Forms of Fun