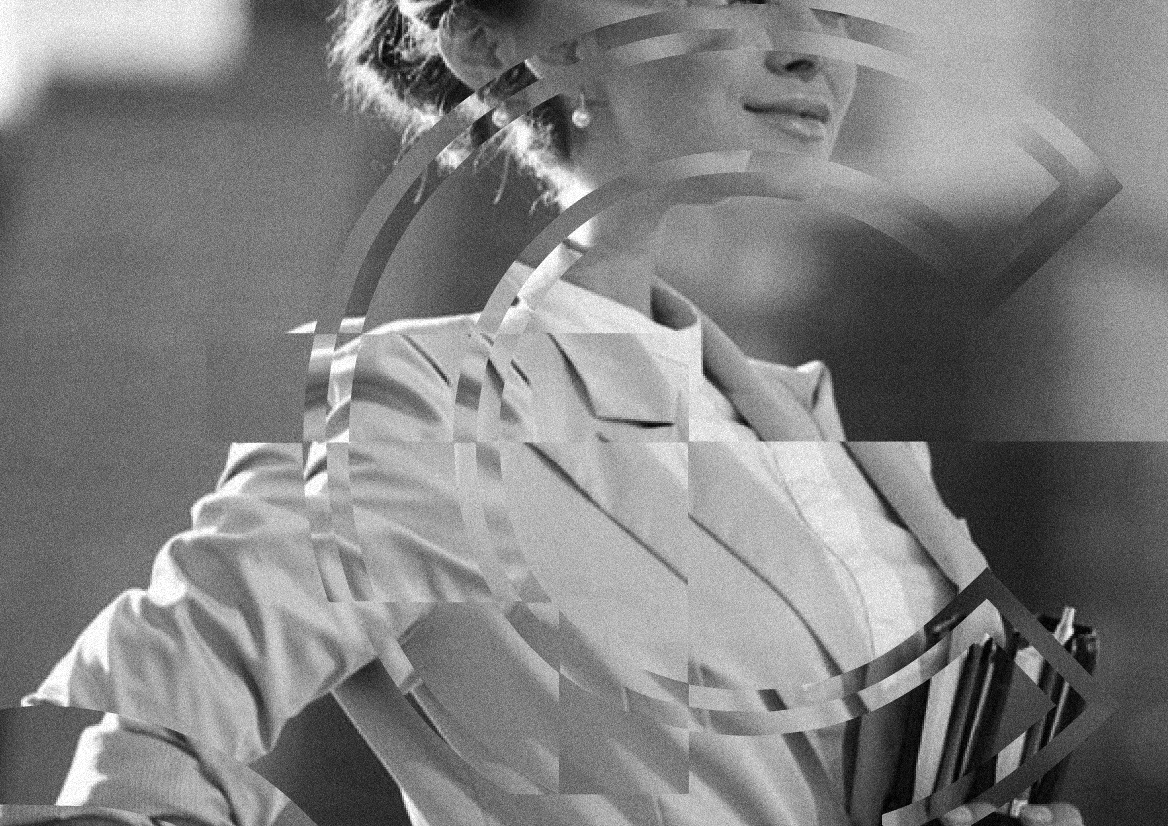 Livina Veneralda’s reflection on the issue of working mothers in an era that boasts gender equality and independence.

The issue of working mothers is still relevant, even until today, an era that boasts gender equality and independence. Despite the long-forgotten notion of women as damsels in distress, women’s decisions are still ultimately influenced by their natural role as a mother. Take the train from Jakarta to Bogor around 7 pm. Standing in the midst of cramped women-only carriage has given me an in-depth exposure of women who try to have the best of both worlds. Some make phone call with their kids, some text their husbands, and once I saw a woman who Facetimed her son. It was quite an effort knowing the absence of personal space and lack of signal in that carriage.

Another example can be seen from my lecturer. She once told us, the students, her younger days as a journalist. We were very astonished by her achievements. However, in the end, that career took a toll in her role as a mother. “Well, my daughter said, Mom, I don’t want to be like you.” Yes, women have been liberated from the restrictions of having a career, even modern-day women are actually expected to have a satisfying academic background and excel in their career life. Nonetheless, women’s choice to pursue a career is still conservatively deemed to be the doom for her role as a mother. Interestingly, this choice is not as simple as black and white, there are many considerations leading to this decision. The remaining questions are whether they can really function as a professional career woman and caring mother at the same time and the requirements that are needed to excel in both roles.

In an attempt to answer those questions, we may want to take a look at our first and closest woman figure: our mother. Education was one thing that my mother emphasized early in my life. She is a working mother and when I was a child, her choice didn’t really take its toll on my childhood experience. It was only later that I found out that her early implementation on education distinguished me from the kids of a stay-at-home mom. I got to play with my neighborhood friends at noon until around 6 pm, a time when all kids should be home. After all that fun, the schedule was continued with studying; whether it would be doing the homework, or reviewing the materials if there was no homework. My mother would give me questions regarding the subject, and I spent hours answering those questions. That was the routine, and I thought it was no different than others.

This habit then took me to the top 3 students in the class during the elementary school. Thus, it became neither demand, nor pressure, but that was the only way I thrived – by making sure my academic life was safe and stable. One day, my friends jokingly asked how I could do that and I told them about my study routine. It was a shock for them for me to study every day. It was a shock for me as well. I thought everyone did the same. Apparently they did not. It was then that I know, I was raised differently than most of my friends at that time. It happened until high school. I started to put more energy for my academic life by studying until around 2 am almost on daily basis and joining courses outside the school. Many of my friends did the same, but it was hard for me to keep up and I often got frustrated. Those times were somehow a realization to me that perhaps I was pressured by the achievements of others and also mine in the past. After all those years, finally, in college I am able to have a stable academic life. Therefore, using this narration, I believe that of one the things that a working mother teaches differently is making academic life as an indication of a successful life ahead.

There will also be a discrepancy between those of working mothers and those of stay-at-home moms in the kind of relationship that they will have with their kids. As for me, my mother becomes my mentor and some sort of a role model. She walks on a straight path for her academic life and career. The importance of education grows within me, making me believe that the essence of a successful life is to thrive academically, while it’s not entirely true. Her becoming a role model sets my standard of living as a woman, which is the freedom of living an androgynous role in a family. I am not bound to the traditional idea where man works while woman stays in the house.

The conducted research too says something about this parenting system, that the percentage of anxiety over working mothers has decreased constantly. Having a working mother means that children are exposed to androgynous gender role orientation, rather than following the traditional gender role stereotypes. The confinement that the traditional stereotypes bring is challenged by the presence of working mothers. Children, especially daughters, are given the idea of more opportunities to evolve as a person (Witt, 1997). Having working mothers also helps the sons to have an idea of sharing the household chores. This enables the liberation of career choices, boys are allowed to cook, knit, and paint.

The next generation of adults, as the products of working mothers, is hoped to have more opportunities in life which are not gender-based, which indicates that the society has been more flexible and not assessing someone from their gender. Children of working mothers will learn that there are a lot of options that they can join and contribute to in the outside world as an adult, which enables them to make choices that are free from gender bias. This statement is supported by the theory that children with strong egalitarian parents will be educated with non-sex-typed objects and occupations than other children (Weisner & Wilson-Mitchell, 1990). Working mothers help to ensure their children to disintegrate the walls created by gender stereotypes. More opportunities bring more chance of success for the children.

Apart from the qualities that working mothers implement, the mostly-debated issue is the relationship’s quality between them and their family. Other perspectives from people around me confirm that career does not define the quality of one’s relationships. The experience of meeting a lot of people enriches my knowledge upon this issue. The closest people other than my families are my friends, thus I learn things by involving myself in these friendships. Surely, these people come from different backgrounds – different mother figures as well. I know a guy who always encounters tension and clashes whenever he interacts with his stay-at-home mom.

I know a girl whose mother is a working mother and both grow a very close relationship. Of course I know people whose mother is a stay-at-home mom and their relationship is that of a best friend, and a working mother who is always temperament and bring all the office’s chaos into home, hence tension between all family members. These are the lessons that I’ve learned, that it is not necessarily a career that ruins one’s relationship with the other, but it is how one positions oneself and values it. Both my parents work and both need to make extra effort to spend time with their kids. That is the perks of being a career man and career woman who have a family. They double the effort to try to have the best of both worlds. This is the knowledge that I will hold on for dear life. Thus, I would always treasure the time with my family, with my future kids. If the extra effort is needed, I wouldn’t be reluctant to give my all.

I am aware of the risks and I also want them to be able relate themselves to me. Therefore, I would say that in life, everyone’s path is not the same and that is okay, as long as we are being responsible with our chosen path—we may stumble along the way and it is normal. Hence, I would not implement my ideal way of living and instead, guiding them along their own choices. I want them to choose their own path, set their own standard, and be solemnly responsible for it. Honestly, that is the kind of mother I wish I could be and the bond that I want to establish. It does not come from how many hours I spend with my kids. Having zero quality, giving zero value, while spending the entire day with them is very much possible. It is to make the most of each meeting, each interaction, and the content in our interaction. Thus, I am certain that it is not about giving up a career to better a relationship. It is the quality of the time that mothers spend with their kids that really matters, not the quantity of it.­­

In the end, I believe what really differs a working mother is their ultimate need of doubling the effort to have a balance between her professional and personal life and maintain the quality of relationship with her family. The output, however, cannot be generalized as it depends on their capability – some manage to succeed, some do not. There will also be differences in how they value academic life and the kind of relationship that they ultimately build with their kids. However, it comes down to how they keep the quality of each time they are able to spend time with their family as well. In other words, there are many elements that determine that quality other than whether a woman is working or not. Therefore, the over-generalization of the notion that working mother is less successful in raising kids is in an urgent need to be stopped.

“Career Women with Their Sons and Daughters” by Livina Veneralda was submitted through the Open Column program. If you are interested to take part, click on the link: Whiteboard Journal Open Column Program. 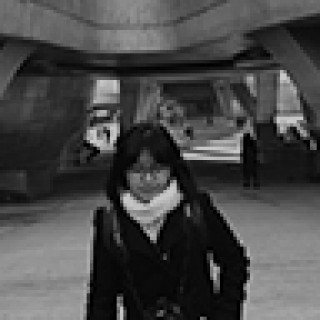 A student of English Study Program, University of Indonesia. She is currently living in an endless sphere of coming into class and still searching for the best method to look alive.

Finding Sparks of Joy Amidst the Layoff Era

Who, What, Why: Jenni Anggita