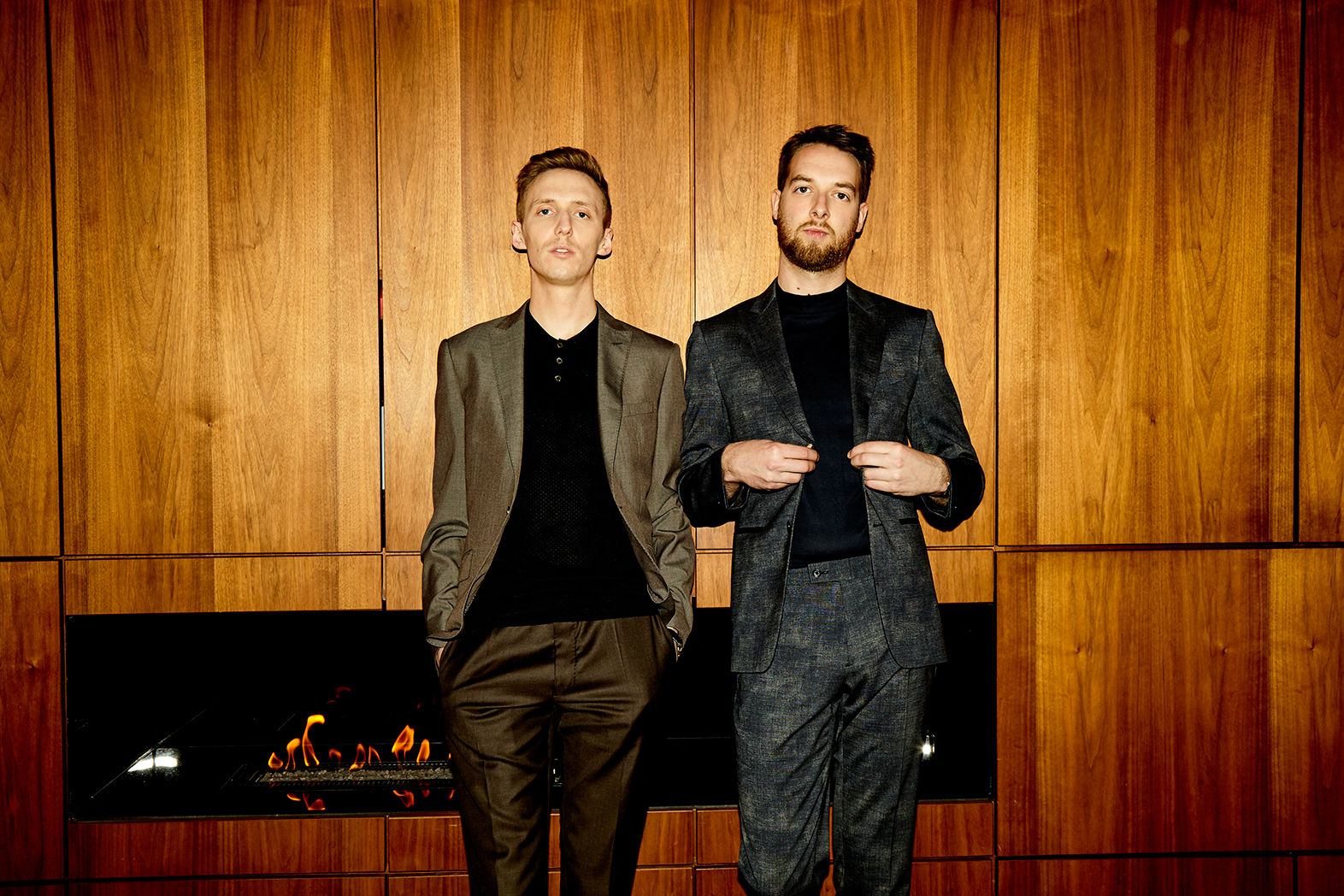 We got in contact with one half of Honne, Andy Clutterbuck, to talk about their upcoming show in Jakarta for We The Fest, what’s in store in their new album, and interesting collaborations we should look out for.

Honne, an electronic duo hailing from London, caught everyone’s hearts with their early EPs released in 2014 and a debut album in 2016 called “Warm on a Cold Night”. With their music described by The Telegraph as “futuristic soul destined to re-invent babymaking music”, Honne will be having a promising year ahead as their second album is set to release in a few months.

This year you’re coming back to Jakarta for We The Fest. How excited are you to be back here and play new songs?

10/10. Very excited. We had such a good time last time, everybody’s singing, and it’s crazy. So yeah, we can’t wait to come back, it’s going to be really fun.

Most of the artworks for your EPs have elements of water on it, such as puddles and mists, and are surrounded by the darkness. Has this become a common theme in your music?

I would say the darkness is not necessarily a bad thing, it’s more of reflecting the night time and the darkness that you get during the night. I would say, generally speaking, it’s quite positive and romantic as well. But there’s a bit, sort of a development, with our next record now. We’ve moved away from the mist and the darkness. There’s a bit of change, and you might have noticed from the first piece of artwork that we’ve dropped. There’s going to be more coming.

It took you 5 EPs for you to finally release a debut album. How was the creative process and why did it take so long?

When we first put out our music, like our first bunch of songs, we weren’t really thinking about a bigger plan. I know it might be a bit silly. But we were just putting out music and seeing what happened. I guess, such the demand for it in the end that the people were like ‘we need a new album’, so at that point we need to put an album out. We’re now in the cycle of things, we put out one album, we’re just at the moment finishing up our next album, and that’s going to come all in one go. So there’s, I guess, less of a wait. But, we’ll see. It was just a case of building up fans, because we thought there wasn’t really any point putting an album out if we didn’t have anybody wanting to listen to it. So that’s sorted out with the stuff in the early stages.

You have a new album coming up this year. How was the concept of the album and its release conceptualised?

So the concept of the album really is just gonna come – well there are two sides to it. It all kind of stems from our name, which comes from the Japanese word ‘honne’ which means true feelings, but along with that there’s ‘tatemae’ which is the other side, which is feelings you give out in public. Whereas true feelings you just keep to yourself. With that in mind, we had this two sides to the process, and the music we were writing at the time seem to have two different sides to them. So we kind of just run with that theme. So the new album is based on two sides, it doesn’t mean it’s a bunch of sad songs and a bunch of happy songs, but I guess you have to wait to hear more of the music to sort of figure out exactly what I’m on.

On your previous releases, you collaborated with JONES and Izzy Bizzu. Can we expect some collaborations in the new album?

So the next song we put out is, I’m not going to say, but it’s with a very established, well I mean a lot of people like him in the UK and I’m sure elsewhere in the world. We’re really excited about that. And then there’s going to be lots of more as well coming forward. We’re going forward with other artists as well, so I’m super excited. There are some great artists.

In your new album, is there going to be a difference in how you create your lyrics, and the music direction when compared to your previous one?

I think you will hear some differences. With “Day 1” and “Sometimes” which are the two songs that we’ve put out recently, I mean “Day 1” it’s got a bit more of a hip-hop influence to it, I would say. It still have the similar vibe in that it’s me singing and we’re using some of the same instruments. I’d say it’s like a progression, it’s another step on from what we’re doing previously. So definitely people are going to be shocked like ‘oh my god they’ve changed their sound’ but hopefully I think they’ll just be happy and see them more than just a bit of challenge. Similar but different. In terms of the way we work, we’ve worked very similarly but with a few more people so we got a little bit of influence from these people that we’ve worked with. And lyrically it all comes from the same places, I guess it’s similar from that perspective as well.

Seeing that this is your second album, and the response from your first album was really great and the people in Asia all listen to you. Is there any kind of pressure when making the second one?

I don’t think so. We love the first album we put out, we were very proud of it. But we always thought we have more to us and more to offer, so we didn’t really feel pressured to try on and make a better album. We sort of thought it was possible from the start. But I don’t know, maybe we’re wrong. I guess we’re wrong from people’s reaction. I’m sure people are shocked to begin with. Hopefully with lots of music, you kind of listen to it a couple times and then fall in love with it. So, fingers crossed people like it.

What can new and old fans expect from this tour? How will this new sound take shape on stage?

We’re currently working it out at the moment today and yesterday, in the rehearsal studio. So with our band, working things out. I’m really excited, I think. I don’t know, but we’re going to try to make it as good as it possibly can like we always do. And really make it sort of a fun show that people can participate with, we love it when people sing along. We’re just going to try to incorporate as much of that as possible. And more bass, more sharp sound where people’s hearts rattle in a good way not a bad way (laughs).

Do you have any future projects planned?

We’re always working people, like the artists from UK or when other artists from abroad come to London we’re always trying to work or get in a room with these people. So I’m sure, aside from our album, there’ll be more music in general, whether it’s stuff that we put out or what other artists has put out that we may have had twisted. I think it’s just about doing as much as you can.

Bradley Zero on the “Peckham Scene”, Being a Selector and Rhythm Section