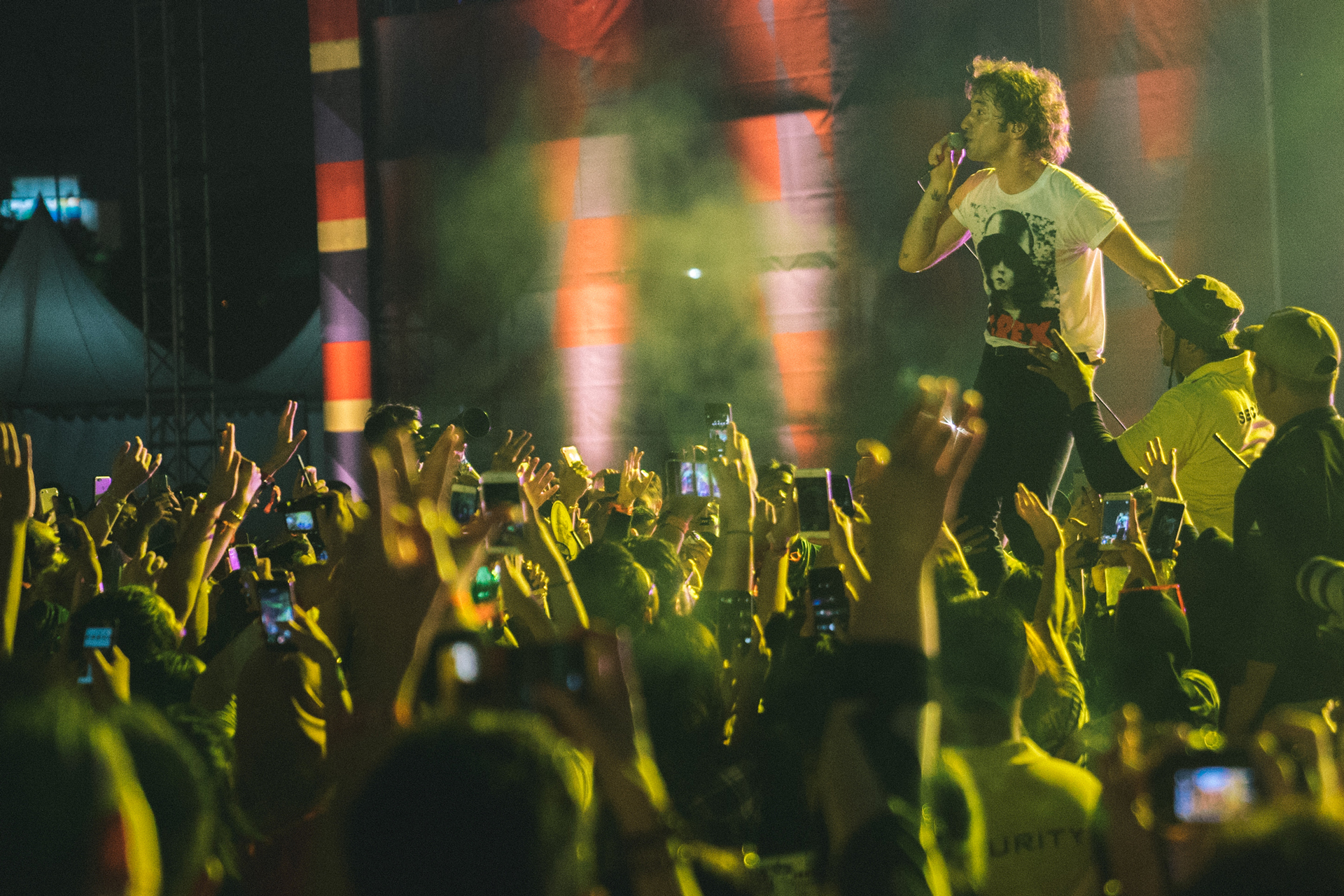 Albert Hammond Jr spoke to us before his show at We The Fest to talk about music, motorcycles, and overcoming his fear.

In the midst of the hectic start of We The Fest 2018, we caught up with Albert Hammond Jr, to talk to him about his creative process. From revealing his favorite album that he’s made, to conquering his fear of the audition room, lo and behold, we discovered his love for MotoGP and the thrill of speeding through the race tracks. In this interview, Albert Hammond Jr helped us understand the deep complexities of his creative mind as an artist and as an individual.

How do you think New York scene has evolved or changed in the last 10 years?

That’s a tough one because there wasn’t really a scene when I came out in 2001, and if there was one later, I was somewhere else and I wasn’t mentally going out and checking it out. But I imagine like anything that has to do with art, cooking, photography, film, it all branches into neighbourhoods that can afford to allow art, and it always changes, so who knows where it is now.

I find that the more you can allow yourself to not be what you do, the better you are at what you do.

What do you do outside of music that influences your work musically?

I’m a big fan of Moto GP, and I ride motorcycle on track too, I don’t race amateur yet, but I race against myself on certain tracks in California. I feel like that’s probably my favorite thing, like right after this trip I’m going to Bakersfield, California and I’m going to Buttonwillow (Race Track).

No, but it makes me happy as an individual, it’s a new thing I’m learning. I find that the more you can allow yourself to not be what you do, the better you are at what you do.

Could you briefly describe your music-making process?

Sometimes they’re just bouncing blocks to something better It’s different, but in the broad scheme of it, I’m constantly collecting ideas and then when I have time, I put the work into them to shape them and figure them out. Sometimes they’re just bouncing blocks to something better, as you get to play with that, something better comes out and you can throw away the old stuff. But it’s basically that, besides little moments when I’m collecting stuff, it’s just shaping very delicate things.

Lyrics usually come more towards the end. I don’t write lyrics without some structure of melody, but you always get something, a line or two or a word that you like while you’re doing it. Melody can come and go, it can come first with chords and you can make the song bigger, and then the melody isn’t as good so you have to make it better or vice versa. There’s so many angles to take from it, but it’s like any other craft. You’re manipulating something and taking it somewhere else. The stone that you carve from, it’s from your head, I guess that’s the only difference, the raw material just comes from your head and you work on it.

Most of your albums have different characteristics, like Momentary Masters is quite reminiscent of Guided by Voices. Out of all of your albums, which one is your favorite?

It’s a lot like motorcycle actually, because when you’re riding and it’s really difficult, you can’t go faster, but the smoother you become with it, you become so much faster than you were before and you start thinking “I must be doing something wrong, this is too easy” but it’s not, it’s like a flow. So yeah, this one for sure.

Do you think it’s because this is a more personal album to you than the ones before?

I mean, they’re all personal, well, part of it is, but at the same time part of it is entertainment. But I wouldn’t put something out that I wasn’t excited to share.

So, you auditioned for Stranger Things season 2, at what point did you start becoming interested in acting?

Well I always was; with film, music, acting. I guess I was just too scared of auditioning, it seemed so frightening! It’s the same thing with stage, but stage came first. I’m still scared, but when I moved to WME and they had an agent that does acting, I guess it was like the universe telling me to try it, and I thought “What’s the worse that can happen?” That I’m bad at it? That’s fine! I don’t mind being bad at it because I’ve always wanted to do it, and then I thought, what if I can actually be really great at it? And I want to be really great at it! You’re always going to want to be great at what you do, but you’re always going to start as not being as great as you progress to. Then I started doing auditions, because they video tape them.

Eventually I got a role in this film called “Newness” from one of the tapes, so I did this tape, they liked it, I got a call back and it was such a great feeling, because I feel like I did something a little different in the auditions. That was also because my classes were one on one, the audition was a lot like my class, when I went in I faced a big fear, I feel like that experience changed how I approached music, it became Francis Trouble. Just because I did something like that, I came back to music, I cracked; but in a good way. I cracked to let new light in.

I cracked; but in a good way. I cracked to let new light in.