Resonating Through Rhythm and Romanticism with Charlie Burg 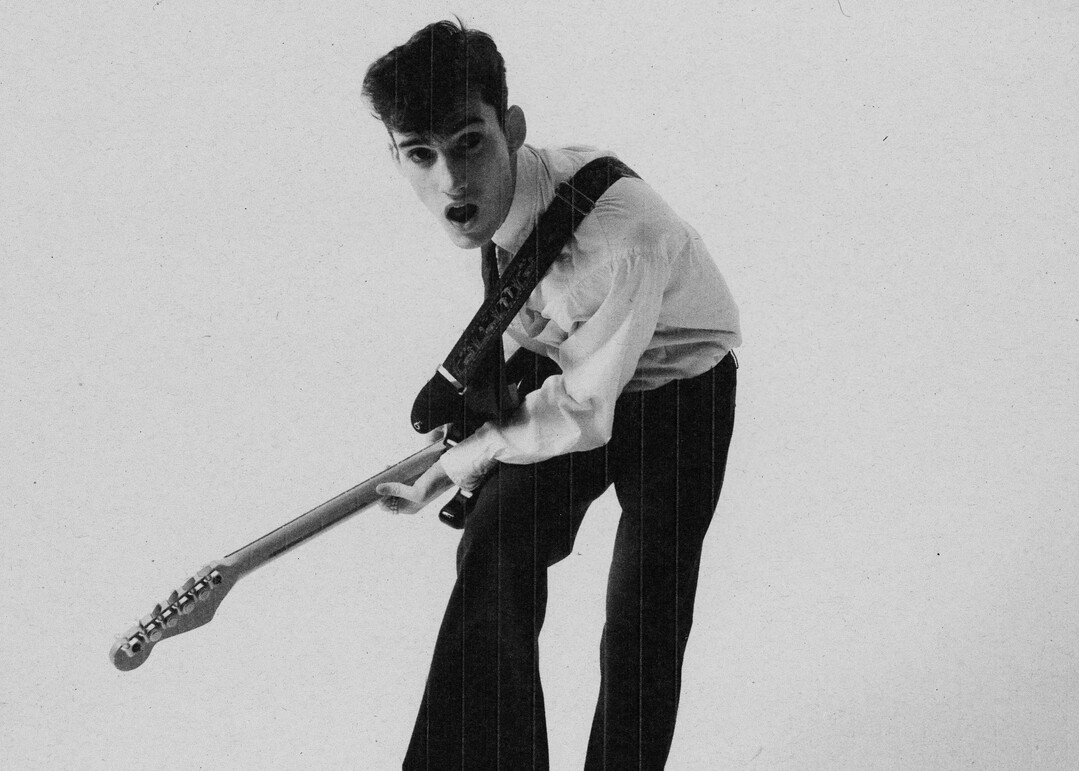 Resonating Through Rhythm and Romanticism with Charlie Burg

Recently, we interviewed Charlie Burg, a singer/songwriter who has translated a lot of his stories into heartfelt lyrics and melodies since 2015. He’s known for his romantic and nostalgic songs, including his infamous song “Lovesong (The Way)” and also his various EPs. He has garnered a huge number of listeners around the world, especially in Southeast Asia. This year, he’ll be releasing his first full-sized album, “Infinitely Tall,” and celebrating it with a tour through Europe and America.

In the span of three years, you changed universities several times, starting with Denison University, Michigan University, and finally ending up at Syracuse University to study music. For some, making drastic changes in a short period of time is a huge challenge, one that many opt to avoid. How did you embrace those sudden changes?

I think I just kept following my heart and didn’t allow stigma or expectation to change my path in a way that I didn’t want it to change. After each year of college, I kept realizing that I wasn’t happy yet and I wanted something different. You only get to be 18–22 years old once in your life. I wanted to keep redefining myself and pushing myself further to find my path. So, the fact is, even if I had the chance to do it over again, I wouldn’t change it.

I cherish and I’m so thankful for the experiences I had at every university. In the first year, I learned a lot about myself. I was in a relationship. I was figuring out what I wanted to study and do with my life. In my second year, things changed. I learned more about myself. I got closer to music. Then in my third year, it was like taking the biggest leap that I had in my life thus far and up until then. I learned a lot from every year and I’m really thankful for that path.

At Syracuse University, you majored in Music Industry. So you’re equipped not only to talk about the technicalities of making music but also the commercializing part of it. Can we talk about some of the interesting phenomena happening in our music industry today?

Yes, absolutely. I’ll do my best to answer them.

In the current digital world, social media like TikTok and Instagram help musicians get discovered. Although it helps a great deal in kick-starting one’s music career, music making has suddenly turned into a race to go viral. What’s your input on this?

As the music industry and the world change, I’ve had to shift my belief in all that I believe. At the end of the day, and I think this is true for every change in music that has ever happened, you need to be sure of what you’re doing it for. It does sound a bit cliche. When you have a North Star in your music making–you know your initiative, you know your message, what you want to say through your music–then you have that tether. Then, with every change that occurs around you, you can see it as an opportunity or as a path to another world.

TikTok is just an example of another medium that has come up. It is taking the music industry by storm. Rather than fight against it and see it as evil, you could spin it to your advantage and use it as a means to an end. Because in reality, if something like that aids your career, at the end of the day, you’re just going to have more opportunities to make your art as best you can. Then you can be innovative. Then you can be groundbreaking. It’s important to know why you’re doing this, and then you can see everything as beneficial to you.

We all agree that genre is becoming more fluid than ever. You, for example, paired rock music with R&B melodies. Back then, people would call them experimental. Now, we call them whatever the hell we want. What are your views on genres? Do you think our music market is ready for this phenomenon?

Absolutely. You’ll hear a lot these days that genres don’t exist anymore. I don’t think that in itself is totally true. Genres exist, but I think people ignore them more. For some reason, artists are more empowered to cross boundaries. Part of it is also just the sheer volume of music being made right now is unbelievable compared to what it used to be just because of the access. People can just make music however they want now.

Genre fluidity, that’s a good question. I think while it’s important to try to be fresh and original and break certain boundaries, it’s also important to acknowledge where your influences came from and do your homework to know what is influencing you and those around you. Because that way, you can create a conversation with what came before you. I think that’s what art is. Art is one big, long conversation.

Jakarta hosts the majority of your listeners, with Quezon City (PH) following suit. It appears that your music resonates with Southeast Asian listeners. Any idea why this is the case?

That’s a great question. To be honest, it’s always been baffling to me. It’s also been kind of confusing in a really wonderful way. Sometimes things happen that you can’t control, and it’s a beautiful thing. I honestly wish I knew why. I think a lot of the folks from that part of the world I’ve interacted with online love the sort of romanticism, nostalgia, and heartfelt, maybe heartbroken imagery in my music. I think that it can be quite a universal feeling, and that means it doesn’t matter where in the world you are, you can relate to it. I would like to learn a little bit more as to why people specifically in that part of the world really love my music. But it’s beautiful and I don’t question it at all.

Like a book, “Infinitely Tall” also tells a story in three chapters: from childhood nostalgia to the excitement of entering adulthood, only to discover that growing up isn’t as simple as it appears. What was it like to break down the stories of your life into songs?

Yeah, it is very personal and vulnerable. To be honest,  I don’t see any other way of being in my music. Whether or not it’s veiled by a character or a style or a voice of some sort, it’s a form of catharsis to have vulnerability in my music. It’s always been my way of expressing myself and understanding what is happening in my life. It’s writing music and singing about it. So I guess that’s just how I process things.

Now, talking about processing things, this is a great segue to my next question. There is a silver lining to every amazing story. What would you say is “Infinitely Tall’s silver lining?” What is the main takeaway you’d like to share with your listeners?

I think my favorite part about writing music is providing as much framework or detail as I can to listeners, and then having them interpret what it means in reality. What it means to you will be something different to someone else. The silver lining, so to speak, is that I’ve been told by my friends and family who have heard the album that there is ultimately joy and a feeling of catharsis that comes out of the album. Whether or not that was intentional, I did feel a lot of joy and relief when I finished writing and recording these songs.

I don’t know. I think I might be able to answer this question better when, you know, it’s been out for a year or something. I feel like once it exists, not just within my heart and it’s out in the world, I’ll be able to understand what it really means to me, you know?

Sure. Let me get back to you with that question after a year.

Yeah (chuckle), get back to me then.

To celebrate the release of “Infinitely Tall,” you’ll be going on tour! How excited are you to get back on the road, perform on various stages, and greet your listeners?

Yeah, I’m really excited. It’s on a scale that I’ve never attempted before, so I’m definitely a little nervous. I think things will work out. I have a whole new ethos with my live experience, and I just can’t wait to be in front of an audience and share the love and effort that I put into my music, you know?