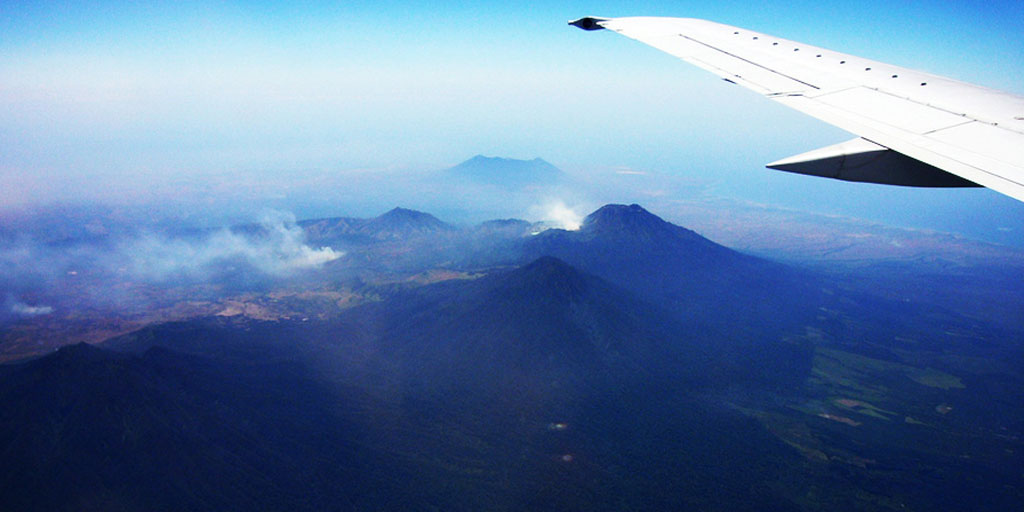 Being a diplomat brat, I never had the chance to stay in Indonesia for very long. The amount of time spent in an Indonesian school for me totals only three and a half years. So it is strange for someone with an Indonesian birth certificate, ID, and passport, to feel like an outsider in her own birth place. It makes the situation even more perplexing to have a father who is also a diplomat brat and a mother who is part Japanese, resulting in an atypical Indonesian upbringing.

Fortunately, my family always instilled in me a love for Indonesia, which at times I misunderstood. Having spent most of my life in New York, at one point I truly considered myself American. But there was always a nagging feeling in the pit of my soul, gnawing at me, whispering to me, telling me that I could never be a part of any other country but Indonesia. It is this inexplicable, deep-rooted love that always brings me back to the country I admire and cherish, yet also lament for all at once.

In the three and a half years of Indonesian education, I experienced the harshness of life. Granted, I was only nine when it all first started, but the kids at school were very mean to me. It was not just my peers who treated me like a sack of rotten potatoes, though. My teachers also played a part in making me feel unwelcomed in my own country. It was unfortunate, but true. I was beaten with wooden 18-inch rulers, had books thrown at me, was slapped in the face once, and was given other less savory punishments by those who were supposed to have been my guides and inspiration.

Before those three years, I went to school in Switzerland where kids were treated like gods, so you can imagine the culture shock I received upon returning to an Indonesian school system. That was why I welcomed the day my father took us to New York, where at least, there were laws on how to deal with children abuse at schools. And then I swore that I would never return to Indonesia, that I would never love an Indonesian, that I would never trust my country ever again.
But then, after 17 years of New York life (believe me, the United States ain’t all it’s cracked up to be either), that nagging feeling came back, knocking even harder than before. I still had trepidations about living in Indonesia in general, but the dawning of a new era was around the corner. The old Indonesian regime had toppled and a new breed of young, fresh, and broad-minded society was taking over. I could feel the change seeping through the cracks. Or maybe it was only me with a renewed sense of confidence. Perhaps it was only my imagination, but I was willing to embrace it either way.

To be honest, after a while, life in New York can get jaded.

I saw it all, partied up, raised the roof, fell flat on my face, and experienced all the highs and lows a woman possibly could in the city that never sleeps. It was truly the time to move on, so I took that 18-hour flight to Jakarta and decided not to look back.

The first few months of life in Indonesia’s capital stripped me bare. Not only did I need to learn where to go and find myself a suitable job, but I also had to re-program my way of being. Something as simple as greeting a person required strenuous consideration, such as calling an older person “Pak” or “Bu” or “Mas” or “Mbak.” Even eating became a slight discomfort as I learned that asking for “permission” before taking a bite of food in front of others is the polite thing to do. Nevermind the Jakarta traffic that everyone always complains about. It was the everyday, mundane activities that became my greatest foe. All these unfamiliar social rules made it very hard for me not to give up.

However, in the end, the Indonesian people helped me persist. Yes, you could argue that I was subject to estrangement by these same folks in my younger days, but then again, I had to realign my mindset and admit that alienation is a personal construct. I did not have to blame an entire country for the acts of a few individuals. And it was partly my own fault for feeling dejected and cornered.

With perseverance and a new-found understanding, I was able to fill in the puzzles piece by piece. I discovered a sweetness in the Indonesian people, though I’m afraid of generalizing once again. Their curiosity, warmth, and acceptance contributed to my enjoying this journey. With apologies for sounding like a slogan from the Ministry of Culture and Tourism, this country is truly only a smile away. In this place, I found people who enjoy being with others, who open their doors to their friends, and who willingly share happiness with each other. Or perhaps it was just me.

To put it simply, the combination of my own personal growth and the openness of the Indonesian soul resulted in a strong foundation. I don’t claim to understand the Indonesian psyche completely. There are always exceptions to the rule, and sometimes Indonesian people’s reluctance to be “upfront” about unpleasant truths really confuses me. But overall, I have learned to work around the smaller details.

And thus the journey continues, which like all other roads sometimes pass through stony paths. But along the way, I’ve met many fascinating people with amazing stories who have made me feel welcomed. It’s a feat in itself that I can finally say “I am at home.”