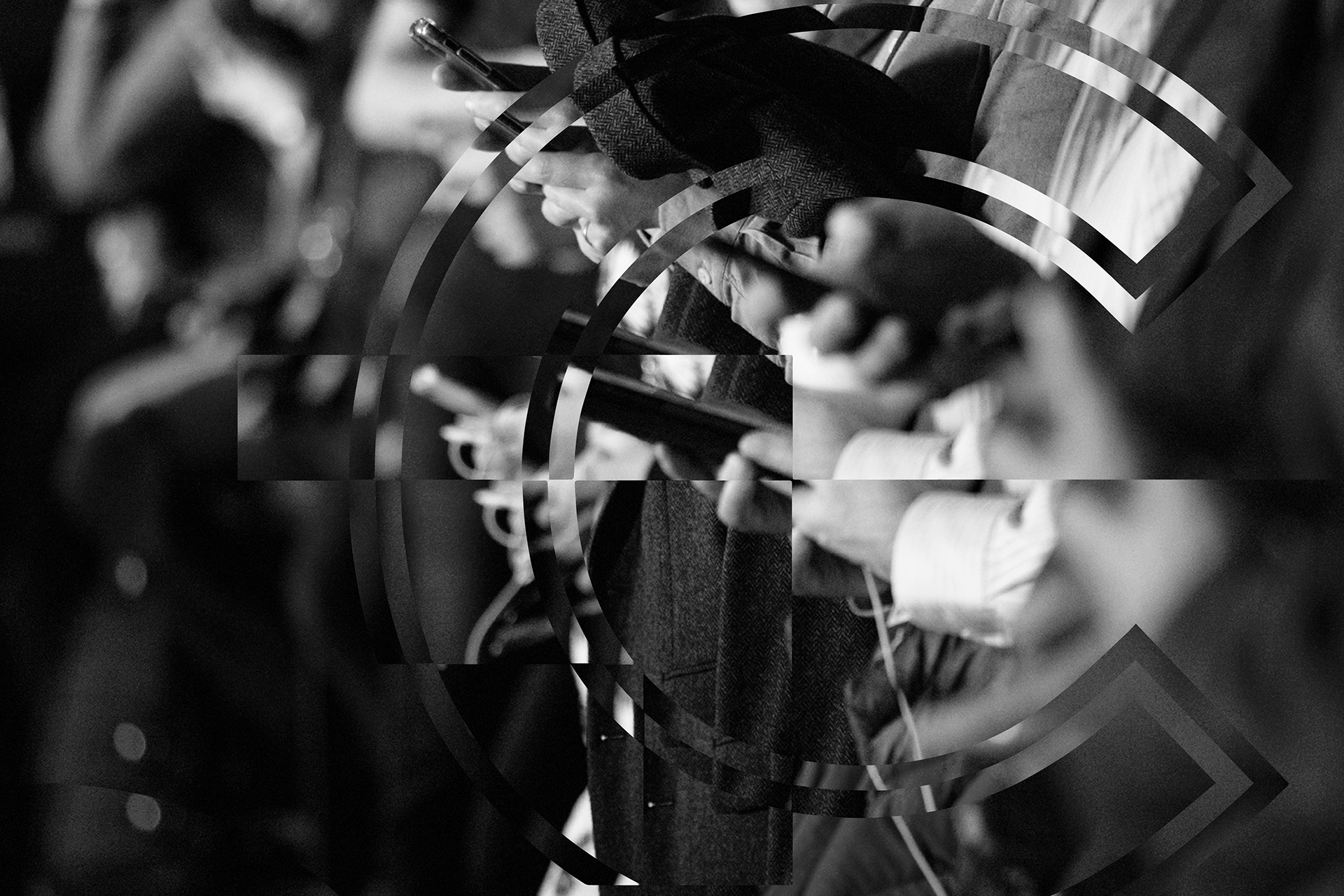 In this column submission, Reinaldo Saridin explores the animosity towards mainstream content and how we should try living outside our bubble once in a while.

A harsh reality I found on reality is that segregation is more than human nature. It is a part of our identity as human beings. We don’t flock to each other and isolate people out on a whim because we believe it is a part of our instinct. Instead, people would do so fully with the intention that it is within their best interest. It has been happening since the dawn of humans until the bizarre times of the pandemic. And yet its true colors are never shown more clearly than today.

But I feel like I am woefully unequipped to discuss the delicate matters of discrimination. So instead, I’ll talk about the segregation in which the topic I will be tackling has no bearing or consequences. To be specific, I’m going to talk about mainstream content.

I’m going to use this analogy a lot, but I do have this coin here. And I would like to let you know, that mainstream media has two sides like the coin.

Since I don’t want to necessarily defend mainstream media and believe me, they do not need defending. I would like to acknowledge the problem it has with the general audience. Yeah sure, maybe it does make us continue to indulge in an unsustainable consumerism lifestyle… But my body can’t function without my venti frappe steamed latte before going to work, MOM.

But again, like with the coin, there are two sides. But today I would like to attack the minority. But not to the ones who actually do need help, I don’t kick people when they are down. But I am targeting the ones who seek attention. To be more specific, why do you guys in particular really hate mainstream media? I can see why you guys hate it, but again, particulars here, why are you willing to attack audiences and compromise an artist’s success? I’ll show you what I mean later on.

So, I’ve done my due diligence and at least attempt to search its definition, from Dictionary by Merriam-Webster, mainstream is defined as a prevailing current or direction of activity or influence.

Basically, it’s where the normies converge at the theatre, conventions, museum, even someone’s basement as a place to experience any kinds of media that entertain. Just as long it’s popular among a very large group of people.

Sometimes there is a certain air of pompousness from those of the loud minorities that seem to hate everything that is deemed popular. No matter how objectively it is accepted as “good” they would flock together and shut it down. Diminishing its value to stroke their ego.

Marvel movies are a great example. And believe me when I say that I truly don’t think I don’t need to defend them while they are breaking records through the roof. But the loud minority still would yap about how much they hate Marvel movies because of their popularity.

There are a lot of examples of how in general, any media that gains any traction would attract the naysayers like flies to a clump of turd.

For example, I really truly enjoy Marvel movies. At its core, I believe Kevin Feige with his dad hat, at his heart, do try their best to make compelling stories that won’t be deemed too shallow. While also, still making ungodly amounts of money off of it as well.

Mainstream music is probably the biggest culprit here. Sure, I don’t keep up with Billboard top 100 list because personally, these songs are not to my taste. And that’s fine, why should I care what teenagers are listening to these days? But if you could catch one of these loud minorities in the act and tie them down to a road trip with the radio on with said teenagers? They would probably rather die.

I’ve done my fair share of defending this big question that we call mainstream. Though I am still unqualified to talk about the ones that actually matter.

But I do feel like there’s no point to act pretentious and alienating people and gatekeeping them from “good” content. I mean that’s what we all strive for right? To immerse ourselves in a medium where we can be ridden of our thoughts. So, if you can have someone to enjoy something as much as you do, definitely don’t make mainstream audiences act and think as if they are dumbasses just because they watch something popular.

And that’s also a very dumb thing to do, why do you actively not want your favorite artist to gain success? I want to preface this again clearly since I don’t want to be called ignorant. I do understand that maybe ultra-mega success can truly ruin somebody as a person, but come on, relying on them to only be an artist at their conception is insanely hard. Their pressure to succeed is directly tied to their livelihoods. So why does the moment your favorite artist finally rises to the top, they couldn’t be your favorite anymore because they are mainstream? That they’re no longer participating in the indie thing again so you had to abandon them?

And maybe, these artists genuinely do want to engage with mainstream media. Sure, maybe they’ll tarnish their name by trying to appease a wider audience, which would lead them to abandon the soul of their art and the reason they became popular in the first place. Or, maybe not. And the only thing they would get is recognition, fame, and making buttloads of money.

It’s because more often than not, mainstream content is as successful as they are because they are usually attached with the good old PG 13 or content rating. If there is one thing, I am certain of, is that parents would do anything to reach a point where they can shove anything in front of their kids to shut them up.

But you know what? Nobody needs these obtuse media to be forced upon the audiences either. Do you know how hard it is to immerse yourself in a self-aware actualization from a creator—who has more often than not—create a work of art that is critical of society? Asking their viewers or audience to revolt against normality and pursue freedom which requires revolution?

But at the same time, it is necessary for us to not let the world and the people who control it slip us by. I firmly believe in this. But nonetheless, I’m tired of being in that negative headspace for too long. Truly change how I act in real life. Often when I am in that headspace, I would lead a double life. One who is content with what I have, the other acting like a rebellious teenager who thinks he’s against the world.

In a perfect world, I would be there fighting in the front lines, with fellow audience members who’d like to revolt but never knew how. I guess what I’m trying to say is, can we reach a point where generalizing entertainment like this wouldn’t be necessary anymore. Enjoy what you want, no matter how popular it gets. That is the perfect world I’m looking for. Maybe, for now, I could put the whole revolutionizing the world on the back burner.

There’s not much I can ask for now. Well, to be frank, there’s nothing I can ask of you. Why should you listen to me? I want to write words for a living, and most of them are fictional.

But all I can hope is for to everyone be more open to all kinds of media. And that it will go both ways.

For those loud minorities who hates mainstream media, maybe give it a watch, listen, or read with an open mind. Acknowledge that maybe not all people would to be in the same rebellious headspace as you are. And more often than not, we would like to live in a bubble world. Untouched by any influence from anything, where we can get lost in any type of media, no matter how deep or shallow it is.

And for the normies? I’m asking for the exact same thing. We are on the same—it’s been a while since I’ve said it, cut me some slack, I like using coins as an analogy—side of the coin. Maybe what you find on the other side of the content spectrum is dull. It’s boring and more often than not obtuse. But what lies underneath, if you’d gladly give it a chance, is something that will shake you to the core and will give you a perspective on things you didn’t realize at first even existed.

And in general, just be more kind to each other. Why should the things we watch influence how we treat each other? Let’s not act out our lives as if we are here to entertain a silent audience by creating drama. But if they have been watching for the past year, boy, were they in for a wild ride. 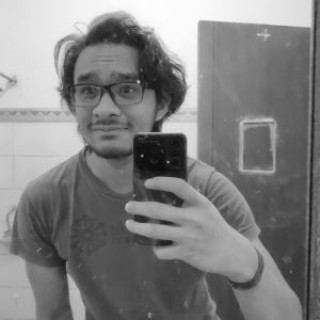 A short summary about a preschool teacher trying to break through the crowded space of fictional literature. While also loves to rant in essays, both in text and video form.

The Language of Games

I Am Not an Essay