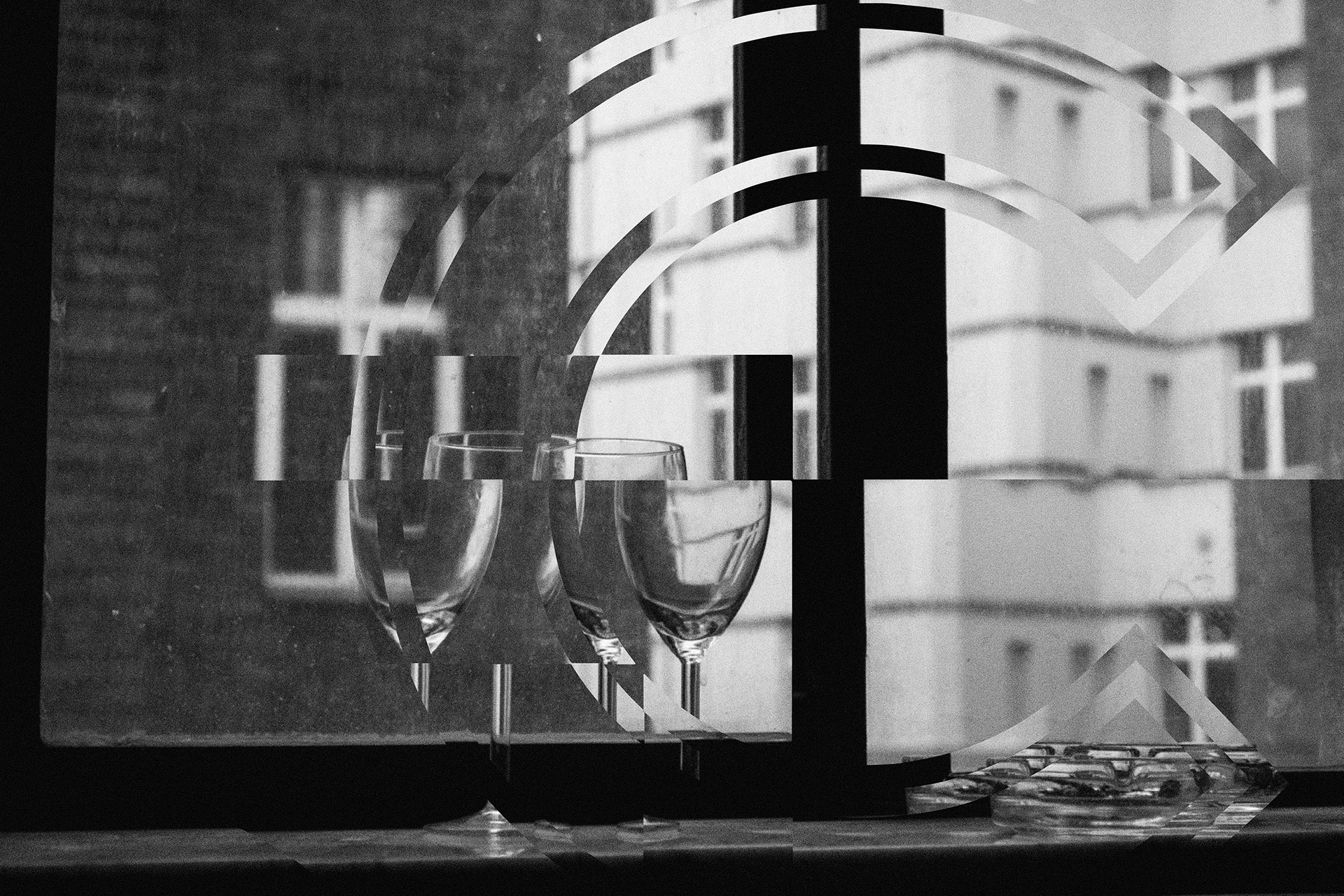 In this column submission, Jespica wrote a short story that follows a boy and a girl questioning gods and humanity.

“It’s naive, you know.” She said, leaning to the wall.

She took a long drag of her cigarette, the glowing end flickering and crackling. Smoke decorated the air in front of them, in the cold night. Neither of them were wearing a jacket. Their hair swayed with the breeze.

The boy was quiet. Despite being nearly 22 years old, the boy was a boy. He knew little of the world, but he liked to learn.

“Are you saying you don’t believe in god?” He said, finally.

“I’m saying people with that kind of argument about god are naive.”

“Then what’s your kind of argument about god?”

“God is an idea. It’s a thought born out of fear.” She said, her cigarette burning between her fingers. “People didn’t want to feel lonely in this big, humongous universe. People didn’t want to feel like they’re the only ones out here, with all the stars and skies up there. People didn’t like the thought of dying and then no longer existing. So people created gods. To accompany them. Something unimaginably full of power and perfect and in control, and everything that humans are not. Something they can hold on to. God is a manifestation of humanity’s loneliness.”

They were quiet. The moon had just risen from the other side of the sky. They couldn’t see it yet, but soon they will. Only the stars accompanied them, along with the occasional crackle of the girl’s cigarette. She dropped her burned one to the ground and stepped on it, killing the fire. Then, she took out another one and lit it, a small slender thing between her teeth, killing her. She took a long drag, so long it burned the back of her throat. Smoke clouded her mouth and snaked up her head, like a crown, or an intricate headpiece.

“I don’t believe in any god.” She went on. “Why do we need to be promised with a heaven and threatened with a hell to be good people? Can’t we have morals without needing a paradise? Can’t we be good without the fear of eternal pain and suffering? Is life only about what happens after it ends?”

The boy was not smoking. He looked at the girl sitting beside him on that bench, with the empty midnight street in front of them, and wondered what kind of complex, labyrinthine chaos was happening inside the girl’s head.

“What about the loneliness?” He said.

“You said loneliness before, you’re not saying anything about it now.”

“There’s nothing to be said about it.” She said, not looking at him.

The girl stole a glance at him. “Am I what?” She asked.

The boy nodded his head, looking down at his feet. Minutes went by and the girl kept smoking and smoking. She flicked one unlit cigarette and offered it to the boy. The boy shook his head, despite being a smoker himself. There was enough poison in the air for both of them, if not more.

“I’m not saying anything.”

The boy’s mouth was agape, staring at her burning eyes despite the dark of the night. Then, a smile formed on his face, like the string of a bow being pulled taut. He laughed softly.

“So you read minds too?” He asked.

The girl scoffed. “I don’t need superpowers to read men. Men are like children’s books.”

“You will be one.” She deadpanned.

The boy was still smiling. “But you will be one.”

“Not unless I die before that can happen.”

The smile was gone. It fled from his face like a bird scared away by a gunshot. The conversation was slammed against the wall, shattered like a long neon lamp, exploding in sharp, sparkling bits.

“Some place that sells cigs.” She said, taking small steps back to the empty street. “And booze, preferably.”

It was very late. They walked across the street to where they parked their bicycles, and rode through the night to find what they were looking for. The girl, with her need for cigarettes and preferred booze, and the boy with his need for answers.

The girl had taken eight shots of vodka, but her eyes were clear as crystals. The only thing that gave away her drunkenness was the thin sheen of sweat on her forehead. The night was cold. The moon had climbed all the way up to the night sky.

The place was almost empty save for them and several men sitting inside, smoking like trains. The boy and the girl had taken their seats in the outdoor area of the bar. The boy was now only halfway through drinking his glass of cocktail. The girl ordered another shot, smoke escaping from her mouth.

“Don’t you wanna slow down there?” The boy said.

The boy laughed, looking away. “Of course you are.”

The shot came and she gulped it down like she had never drank water and it was her first taste of it.

“So? I’m not gonna elaborate. I’m not lonely. Period.”

The lie hung in the air, as heavy as the silence that came with it. The girl leaned back on her chair, taking a drag of her cigarette. She looked at her slender, bony fingers. With her other hand, she felt her wrist and arm through the long-sleeved shirt she wore. The keloids were there, real and impossible to ignore. Impossible to be kept secret.

“You wanna know something stupid?” The girl asked, laughing.

“What’s that?” The boy replied, bracing himself.

The girl rolled up her sleeves and showed the boy her scars. Under the dim lamp of the bar, and the weak light leaking from the sky, they looked almost silver. But they were red, and angry. And many.

The boy was quiet.

“It’s embarrassing,” she said. “The fact that I invalidate people’s opinions on gods as naive simply because I have a different opinion about them. As if I have some kind of moral high ground when this is the kind of stupid thing I do to myself. It’s embarrassing. But you can’t deny that it is naive to negate the existence of a god by blaming him for creating bad people and sick people and pain and suffering and loneliness.”

The boy, slow as the ocean, reached out to touch her scars. Like a cat with wide-open eyes, the girl let him.

“The problem is,” she continued. “My own argument is just as naive as theirs. I didn’t say anything about loneliness because all that I am is loneliness. Because not believing in any god means you don’t get to hold on to anything in life; not even life itself. I don’t trust any god enough to give in to their power and believe they will give me whatever is ‘the best’ for me. Nothing in my life has been the best in any way. If anything, everything has been bad. Everything has been really, really bad.”

Beads of tears formed in her eyes. They rolled down her cheeks like graceful waterfalls.

“Everything has been really, really bad and I refuse to give in and believe in any god because what kind of god would be cruel enough to set up this kind of life for me and force me to keep living it? What kind of sick play is this? What kind of joke? What kind of stupid test?”

The boy was now holding both of her hands, cupping them in his. The moon was shining bright, but her eyes glinted brighter.

“All of my stupid arguments just boil down to one sentence.” She said.

She withdrew her hands, rolled her sleeves back down and hugged herself. She looked down at the ground, no longer facing the boy.

Her cigarette, left untouched on the ashtray, burned down and died. She put a hand on her mouth to ease herself, but the pain in her chest only grew bigger, like a bruise, spreading to her ribs and stomach.

A touch landed on her shoulder and she looked up to a waitress, brows drawn together in concern.

“Miss?” said the waitress, “Are you alright?”

“Yeah, yeah.” The girl scrambled to wipe the tears off of her face. “I’m okay.”

“Are you sure?” The waitress leaned closer to the girl. “It’s not every day that we see a girl this late into the night all alone, drinking down so much.”

“Okay then, we are closing in ten minutes.” The waitress handed her a piece of paper. “Here is your bill. Since you’ve ordered nine shots so far, we’re offering you a free shot of vodka. Would you like to take it?”

“Oh, no, thank you.” The girl replied, sniffling. “I’ll just nurse this cocktail until you close. I’ll go to the cashier later to pay the rest.”

The waitress nodded and left the girl, all alone sitting at the outdoor table. She looked up at the sky, where clouds were slowly sneaking up to cover the moonlight. 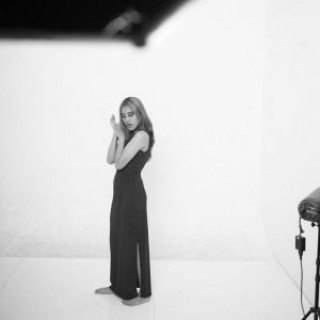 My name is Jay. I am avid, young, and passionate in the fields of art, writing, education, and many more.

An Invitation to Rethink How We Read

Indonesia, A Haven for Entrepreneurs