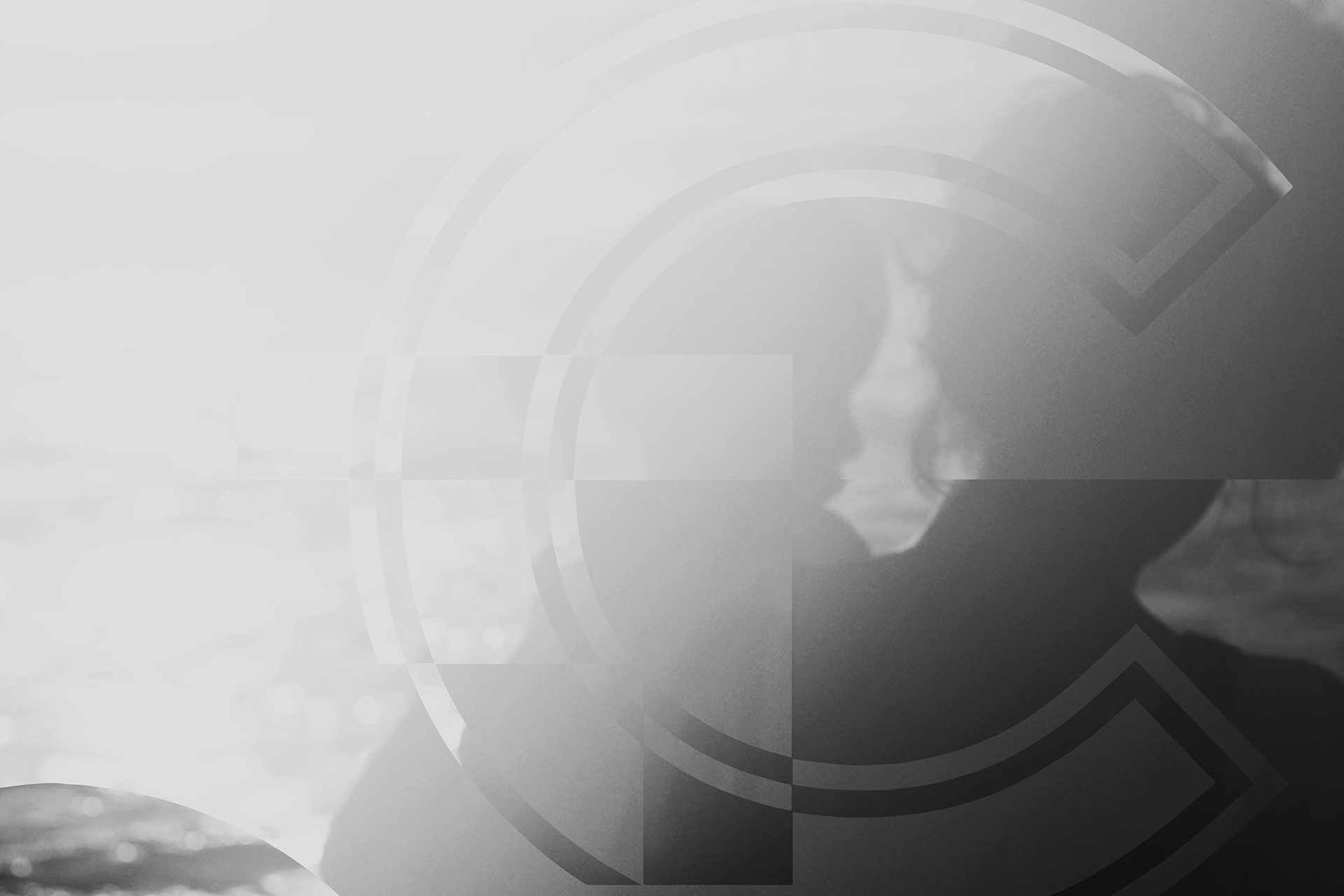 In this open column submission, Miriam shares the complexities of living with her divorced parent, which led her to wonder if she no longer loves her mother or if it’s a normal stage of growing up.⁠

One of the things that I learned the hard way is that as we grew up, our house got bigger, but our family got smaller. After my parents’ divorce in 2021, I lived only with my mother and our cats. Everything seemed fine at first, and I assured and promised my mother that I would prefer to live with her rather than with my father. But over the weeks, months, and even years, I learned how difficult it became with only the two of us in this big house.

One of the things I realized is that my love for my mother has become complicated. Some days I was sure I loved her so much, and I promised myself I wouldn’t leave her alone. But during the bad days, I’m not even sure if I still love my mother. All I want is to move out and live all by myself. At that time, the idea of being alone was more comforting than having to live under the same roof as her. This was ironic at best because I have always been closer to my mother (no hard feelings, dad). To be fair, it was also because my mother is a housewife, and she was the one who is always present (my father always works hard, which I love and admire).

When I was little, whenever I was feeling down or having a tantrum, I would expect my mom to come and comfort me, which she always did. I feel most loved when my mother calls me “darling”, either directly or indirectly through chat messages; or when she compliments me for being a good girl and doing chores; or for getting good grades at school. Back then, I didn’t have to fight so hard for my mother’s love because she loved my brother and me just the same.

For me, home is wherever mom is. I would always call her name whenever I arrived home after coming home from school, and even up until college. I would find it strange when the house was empty. The house would feel different whenever she wasn’t around. It was different with dad because I’ve grown accustomed to him taking numerous business trips, both out of town and abroad.

Moreover, I loved accompanying my mom for grocery shopping. It’s been one of my favorite activities ever since I was little. I would wander around all by myself and pick up many snacks that I liked, and she would constantly complain whenever I put too many snacks in the shopping cart, especially because they were not on the shopping list. But eventually, she gave in and paid for those things. There were also times when I panicked because I couldn’t find her (I didn’t have my own cellphone), but fortunately, we always managed to find each other, and she didn’t have to report for a lost child. After that, we’d eat at our favorite restaurant. And then dad would pick us up on his way home from work. It’s funny how that seemingly mundane routine became a precious core memory as I grew up.

Even when I couldn’t come along with her, she would always bring me my favorite food, either a cup of sweet corn, a portion of fried mushrooms, or frozen yogurt; or she would simply call me and ask, “I’m going home soon. Do you want anything?”

You can say that she spoiled me a lot, especially regarding food. She would grant any of my food cravings (as long as it’s not out of budget), and she rarely says no. This was one of the happiest memories that I have with her. When it comes to shopping for clothes, I always need her approval on whether the clothes I am trying on look good. When it looked good, she’d compliment it, but when it was the other way around, she’d tell the truth.

Looking back, I always appreciated her for being honest, and I’ve been bringing this habit up until now. Whenever I found some cute clothes and decided to try them, I would take a picture and send it to mom to ask for her opinion to make sure. It’s not that I can’t decide on my own. Most of the time, I did, but her approval further validated my taste and decision. Even when our tastes differed, she knew what clothes and styles I preferred.

Growing up, I never got to live far away from home. My plan to go to UGM was not really welcomed, and I ended up enrolling at Universitas Indonesia, which was two stations away from home. So, for 26 years, I’ve always lived with my mom. I’m aware of how lucky I am to have experienced my mother’s love and presence up until now, and I’m grateful for that. But things weren’t as joyful as they used to be.

When it’s just the two of us, we often get into each other’s throats. It was mostly about how I didn’t help her do the house chores and how I wasn’t responsible for caring for the cats. More often than not, it would start with her scolding our cats for interrupting her chores, and then her anger would spread like wildfires, and she started blaming me and eventually her fate for every bad thing that she had to endure.

Her scolding would always be the same, and I could see a pattern already. On some very bad days, I couldn’t take it anymore and yelled back. And then we’d have this huge fight and then go silent for several days.

She would even tell me to move out and live with my father instead, saying that she couldn’t stand living with me. I agreed, though. And I was seriously considering that scenario in the future. There were days and moments when I was so angry and frustrated inside, to the point that I understood why my dad left. He must have had enough. No one should live like this. How can we live like this?

Imagine waking up to your mother’s shouting early in the morning. What a way to start the day. Or being scolded via Whatsapp while still hanging out with your friends, ruining your mood and making you restless.

I know that I’m an awful daughter, and I have accepted the probability of me going to hell for going against my mom. But if I don’t talk back, the emotions would keep being bottled up, and I know that someday it would hurt both of us even more.

I’m not even sure whether she still loves me. Sometimes it feels like we’re not mother and daughter but merely strangers who live under the same roof with clashing ideas and personalities. I feel like what I did was never enough for her. She would always have something to complain about, something that angers her, saying that I deliberately did this or that, which adds more to her work.

We rarely even talk to each other. She didn’t ask me about my work, so I didn’t tell her anything. She knew that I spent my time after work playing Ragnarok, but she didn’t know why that game meant the world to me. I can’t tell her that I found many real friends from it and even got my heart broken by some guy. She was aware that I was still single, but she was unaware that I was single because my feelings were always unrequited.

She would talk to me whenever Jane [her cat – Ed.] was acting up or when the neighbors told her some gossip, but I couldn’t talk to her about the deep stuff. Partly because I knew she wouldn’t respond with excitement, or she wouldn’t understand, or I found her opinions odd and ended up disagreeing with her. Moreover, I was busy with my own things downstairs, and she was busy cleaning the house or watching TV upstairs. It’s like we have each floor to ourselves. We still went grocery shopping after I finished work, but that’s it. We didn’t eat out as often as we used to.

At this point, I long for the day when I can move out and finally live on my own, someday. I already accept the way our relationship works now: it was already beyond repair, and what we can do is try to get on each other’s good side.

I’m still trying to be a better daughter, but sometimes I feel like it would cost me my sanity. I know that we only have each other and that my mother relies on me for many things. But most of the time, I don’t feel heard or understood. Maybe my mom feels the same. We might be close in physical proximity, but not emotionally.

I can no longer write a poem and heartwarming letter for my mother on her birthdays since my feelings are different now. I can’t write down sweet, comforting words that weren’t genuine because I’m still struggling to make peace with it myself.

I didn’t know that living with our parent could be this complicated and challenging as we grow up, that a daughter would question her love towards her mother and wonder whether her mother still loves her the same way. It was an everyday struggle. Some days feel easier, but some other days you just want to die or disappear.

I’m sorry, mom, for not being a good daughter that you can rely on. But I hope you know how hard I tried. 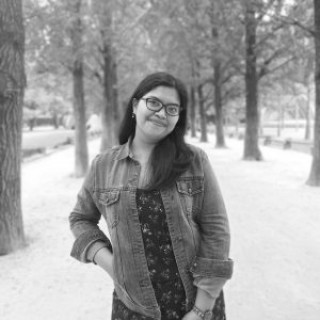 Barely made it from quarter-life crisis, is currently trying to navigate life with the remaining passion for life and the environment that I have left. Also seriously and desperately hoping to pursue a Master's Degree in the near future.