Connan Mockasin on Surprising Himself with “Jassbusters” 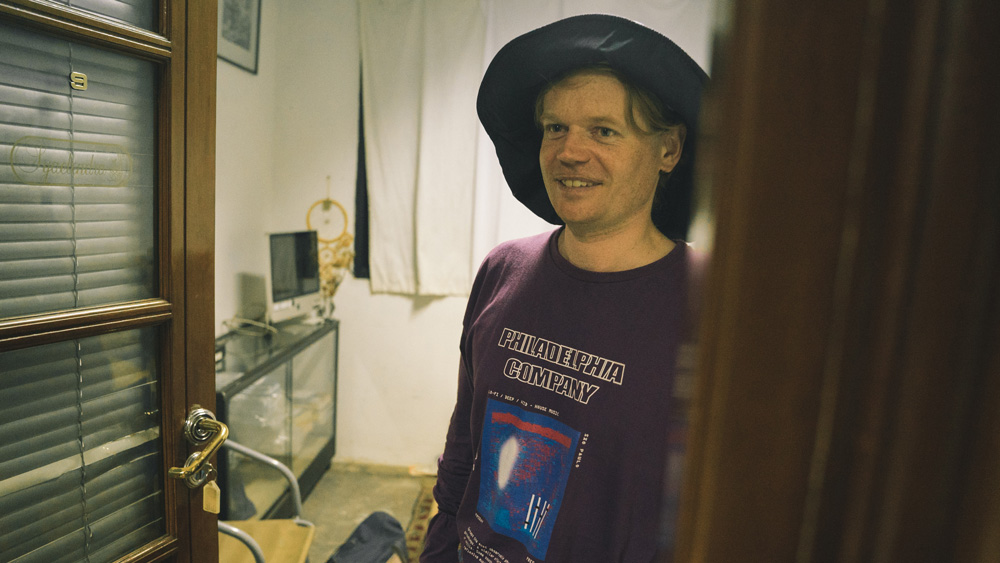 Connan Mockasin on Surprising Himself with “Jassbusters”

Talking to Connan Mockasin about his newest release and the process behind it, also how he feels about finally being in a record studio and a full band.

For a musician within the caliber of Connan Mockasin, it is to be expected of him to put out a steady stream of new musical creations. But Connan does not do things within expectations. In correlation to his mysterious, gender-bending tunes, he believed in following what he feels like doing instead of any set timeline. His first album “Forever Dolphin Love” came out in 2010, followed by the widely-embraced “Caramel” in 2013, and yet it was as recent as 2018 had he dropped his album “Jassbusters”, the name taken from the band of his fictitious character Bostyn, from the film series “Bostyn ‘n Dobsyn” which he also made. Curious of his thought process, we caught Connan right before he played at Rossi Musik Fatmawati in “Connan Mockasin Live in Jakarta” as a part of his Asian tour.

How’s Jakarta for you, is this your first time?

Actually the first thing I noticed when I was flying was fires, I noticed there were lots of fires, maybe it was the paddy field. There was a thunderstorm just finishing and then I could see the land. I’m not sure, but I just thought that was interesting. And today, we had quite a bit of jetlag so we woke up early and went for a walk in the morning. We walked down lots of tiny little streets and really nice plants, and people were really happy and said hello and smiling. That was nice. You know, we’re only here for a short time, we got here last night and we went for dinner.

It’s been a while since your last album release before your current one. Any particular reason about the distance in the timing, and what do you have for your listeners now?

Uh, it was about two years ago that “Jassbusters” was recorded. I recalled that was the first record I made with my band, because I usually work alone. We all met because I was touring for my first record, and that’s how we met. And then I made a record called “Caramel” after, that was still on my own. And so I wanted to make a record with them. So, I don’t do it (making record) very often, it’s not something I do as a – when I don’t feel like it. I just don’t want to feel like doing it rather than going I need to make a record. Just if I feel like doing it.

You don’t exactly plan on doing it?

No. Although we made one with my dad last year, I think that will come out this year. It went in my residency in Marven, Texas, because I go there every year. This year will be my sixth. After this Asian tour, I will go back there for my painting residency.

Well, that was just what I called it because it was from the band, so yeah it’s the same.

But then, did you do your album as Bostyn, or Connan? Where does Connan ends and Bostyn begins?

Yeah, I did the album as Bostyn. Like it should actually say Bostyn, it shouldn’t be – I shouldn’t have my name on it. I tried to, but the record label wouldn’t let me do that. They were probably worried that no one would buy it. You know how record labels are. They don’t like taking many lessons. I actually like taking lessons, so I should’ve put my foot down more. The huge competition in the bookmaking industry makes gambling operators come up with more and more attractive bonus offers. In order to choose a portal with the best bonus offer, it’s worth checking the ranking of bookmakers . Prizes for betting on sports are meant to attract newcomers to use the services of a bookmaking site. The operators also offer a lot of prizes for the veterans of the gambling fun

What is your personal favorite track in “Jassbusters”, and can you tell the story behind the track?

What’s my favorite track? I think “You Can Do Anything”. Because it sounds mysterious, more mysterious (than the others). I like things that are mysterious so as it is surprising. I like being surprised, I like surprising myself. And we made that album together so it wasn’t something I was able to make by myself.

So do you think the element of mystery or surprise also came from the fact that you made this album with the band, not like you used to?

Yeah, exactly! It’s hard, because once something’s finished and released I don’t – I can’t listen to it again, really. It just doesn’t feel like mine anymore. I never listened to the songs after they’re out, I’d feel uncomfortable. Maybe ten, twenty years later.

Will Bostyn and Dobsyn continue to appear in your next music/album, and if so how do you think these characters will live on?

I don’t know, only if I ever do another album by Jassbusters (as Bostyn’s band). And so far I have no plans for it, so. Because the record is not the music in the series, they are separate. Here’s the other thing, the series was supposed to come out before the record, so that would make more sense. And then a record of their band within the series will come out. But I wasn’t allowed to do that because the label said I had to have it out that year. I’ve tried to fight for that a lot, but it was just an uphill battle.

I suppose you picked your battle.

Yeah, so I was like “well, the record’s out”. I do tend to just leave stuff for a long time, so sometimes it’s nice being pushed, and I do get pushed into stuff that I don’t necessarily want to do. It’s tricky, I am slow, in every way. I have been in recording studios before, but not for something that I released under my name. I just find studios, there’s always too many options, I don’t like that. I’d rather sit at home, in a room that I feel comfortable with not many options.

How do you think your movie making experience affect the way you make music, or did it even change anything at all?

Nothing really, they are a separate thing. So as soon as I finished filming the series, I went to Paris with Jassbusters – the band and we recorded in a studio that I really liked that I’ve been introduced to, and yeah I really liked it. So it was completely separate, and it still is.

With the current resurfacing of Bostyn and Dobsyn ever since they first come up as your creations back in New Zealand, should we expect more visual projects coming from you alongside your musical ones?

I mean visuals for music, that is what music videos are for. It was over twenty years ago that I used to make home videos with my next door neighbor and my brothers growing up, it was the Bostyn and Dobsyn home videos, and now I just felt like doing it again. I was living in Hollywood at the time, and I thought this is the perfect place to make a low budget series of Bostyn and Dobsyn. So really, I don’t know how and when will they come again.

What is next for you?

Well, it will never be the same as this again. I never plan on doing things, I just do them when I feel like it. I really enjoyed making Bostyn and Dobsyn because I never made a movie or anything like that. It was all new, I didn’t know what I was doing, which was fun.

You were surprising yourself, in a way?

Protomartyr, Their Love for Detroit and Debut Performance in Indonesia