Trisakti-Semanggi I and II Shootings: Vulnerability Politics and Impunity 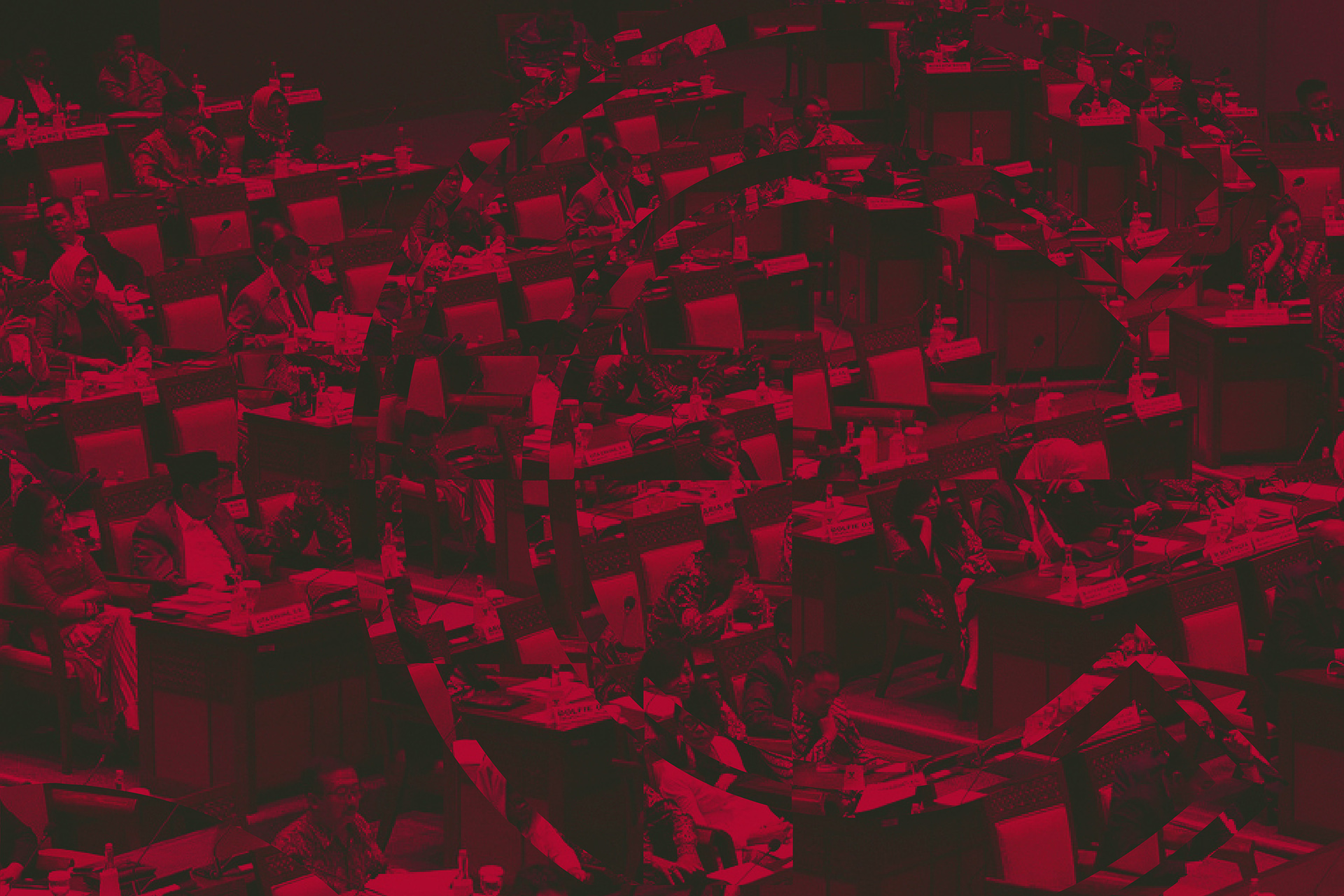 Trisakti-Semanggi I and II Shootings: Vulnerability Politics and Impunity

In this Column submission, Aldo Marchiano Kaligis discusses the politics of vulnerability framing by using Trisakti, Semanggi I, and Semanggi II shootings as a vignette and how it perseveres the impunity culture in Indonesia.

On 16 January 2020, Attorney General ST Burhanuddin made a remorseless remark during a hearing with the House of Representative’s (DPR) Commission III, stating that the Trisakti, Semanggi I, and Semanggi II (TSS) shootings were not gross human rights violations (Jakarta Post, 2020). He referred to the findings made by the Special Committee (Pansus) of DPR in 2001, which many activists deemed unconstitutional due to the non-existent mandate for the DPR to conduct such an investigation.

The Attorney General’s statement sparked disapproval from the victims of TSS shootings. The victims used the findings from the Commission for Investigating Human Rights Violations (KPP HAM) set by the National Commission on Human Rights (Komnas HAM) in 2001. The report found evidence of gross human rights violations during the TSS shootings and recommended that the Attorney General Office launch a prosecution process (ICTJ, 2011).

Such a reaction from the victims was predictable. Burhanuddin’s statement was, indeed, problematic, to say the least. It sidelines the legal facts of the case and further preserves the impunity culture in Indonesia. Such a culture perpetuates through a long, consolidated vulnerability framing on issues relating to past human rights atrocities. It involves the lack of acknowledgment of life, the carefully constructed image of the victims as necessary collateral damage and the prosecution process as pointless, and the (re)production of a false sense of crisis (Butler, 2010).

This article tries to discuss the politics of vulnerability framing by using TSS shootings as a vignette and how it perseveres the impunity culture in Indonesia.

The Trisakti shootings happened on 12 May 1998. During a student protest in Jakarta demanding reform of the then-authoritarian regime, the armed forces responded with combative strategies, resulting in four students killed and more than 600 others wounded (ICTJ, 2011). Months later, on 8 to 14 November 1998, another student-led protest was held in Semanggi district, Jakarta. The students were asking the government to end the economic crisis when the armed forces started to open fire and killed 17 people and injured 109 others (ICTJ, 2011). Less than a year later, in September 1999, the armed forces used excessive force resulting in 11 deaths and 217 injuries of civilians when reacting to a mass protest organized, again, in Semanggi, Jakarta (ICTJ, 2011). During the Semanggi II shootings, the people protested against a planned state of emergency that could bring back Indonesia to a military-led government.

The continued use of excessive force and unlawful killings in responding to demonstrations in and of itself shows how the government failed to acknowledge the importance of life. One could argue that the deeply rooted doctrine of the military’s dual-function (dwifungsi ABRI) promoted by the authoritarian New Order Regime since 1966 was one reason the government took such a stance. The doctrine allows the Indonesian military to control public matters and defend such a position beneath the national security flagship via any means necessary, including terrors, intimidations, violence, and surveillance (Azhar, 2005). Such a doctrine paved the way in producing quasi-living society members, namely the victims of human rights abuses, whose deaths were deemed non-grievable and unremarkable (Kenny, 2010).

State authorities wrapped the TSS shootings in a particular way to justify their violent strategies and gained public support. Terms such as troublemakers, anarchists, and rioters were repeatedly used to label the victims (KontraS, 2008). The then-Minister of Defense and Security and the Commander of the Military (Menhankam Pangab), Wiranto, stated that in responding to the protests he ‘instructed the military ranks to use forceful measures in handling activities directed toward anarchy (ELSAM, n.d.).’ The usage of such terms assumes that since the state killed only the troublemakers, anarchists, or rioters, the excessive use of force was justified. Furthermore, it creates the notion that the public should be thankful that the state adopted such an approach since it was taken to secure the country from the threat of such quasi-living groups of people.

Unfortunately, such a framing was picked up by the media. The term riot or rioters was popularly used by news outlets on the radio, televisions, or websites. Even the Independent Journalists Alliance (AJI) still used such a term when they launched a photobook titled Documentations from the Reform 1998 in May 2018 despite it being one of the actors that promote democratization in Indonesia (AJI, 2018).

Political acts (or lack thereof) also contribute to the production of framings. Wiranto — whose hierarchical position as the Menhankam Pangab during the TSS shootings made him one of the alleged perpetrators — was extremely uncooperative during the investigation process. On 11 March 2002, the Komnas HAM and KPP HAM called Wiranto to their office to discuss TSS shootings. They allocated one and a half hours for the discussion, supposedly starting from 10 am to 11.30 am Jakarta (KontraS, 2018). However, until the given time ends, Wiranto failed to show up. Afterward, several representatives from the Komnas HAM, KPP HAM, and the victims paid a visit to Wiranto’s house only to be welcomed by his adjutant (KontraS, 2002). By avoiding the investigation and prosecution process, Wiranto — and therefore the state — frames that the effort to bring about justice for the victims is unworthy of their time, irrelevant, and indirectly suggests that the violations that took place must be left untouched.

In further pushing away the agenda to establish an effective accountability mechanism, the government promoted the non-judicial approach to address the tragedy. On 19 November 2003, the victims were invited by the DPR to discuss the draft of the Indonesian Truth and Reconciliation Commission Bill (RUU KKR) (KontraS, 2018). However, the victims refused the RUU KKR under the suspicion that it has the potential to exempt the perpetrators from punishment (Kontras, 2018).

Despite the rejection, the government advances to promote such a non-judicial mechanism. During the Susilo Bambang Yudhoyono era, several financial assistance was given to the victims of past abuses, including home renovation and hajj (Harian Nasional, 2018). Still, no trials were organized to bring the perpetrators to justice during his year in office. In 2018, the former Chief Justice of Indonesia’s Constitutional Court, Jimly Asshiddiqie, said that a non-judicial, kinship-based method is needed to avoid the zero-sum nature of legal procedures (Kompas, 2018).

Furthermore, attempts to bring the perpetrators to justice were clogged by the sustained propaganda of societal disharmony. For example, a member of the DPR’s Commission IV, Firman Soebagyo, said that the effort to bring the mass killings case of 1965-1966 to the International People’s Tribunal was an ‘offensive‘ attempt by external and irresponsible actors to ‘disrupt‘ national unity and progress (Liputan6, 2015). As such, efforts to organize a trial for any past human rights atrocities are assumed to result in one thing: the country being torn apart.

The resumed promotion of the non-judicial approach works twofold. First, taking the long-road of judicial proceedings was seen as less urgent by the state. When the government decided to give financial assistance without bringing the perpetrators to justice, for instance, it shows that for the government, the livelihood of the victims in an infrastructural sense is more critical compared to fulfilling the victim’s sense of justice and closure by holding the perpetrators accountable. Secondly, if a judicial proceeding ever occurs, then an imagined disruption within the society will appear. Thus, state authorities are continually promoting a sense of false precariousness: other mechanisms (or no mechanism at all) must be explored to avoid societal turmoil.

The culture of impunity is produced through a complex process of vulnerability framing. Using TSS shootings as a vignette, one can see the armed forces’ excessive use of force was justified by the still lingering doctrine of dwifungsi ABRI. Such philosophy frames that there are people who are dispensable and whose deaths are unworthy of grief. Furthermore, the government’s way of addressing the lost lives by labeling them as troublemakers, anarchists, or rioters further stigmatize the victims as quasi-living beings. However, actions (or lack thereof) from state authorities in addressing the abuse also contribute to such framing. In a way, the alleged perpetrators’ refusal to fulfill the Komnas HAM‘s invitation, the government’s financial aids for the victims, or the idea to promote non-judicial mechanisms to address the atrocities intertwined with each other in producing the impunity culture.

ICTJ. (2011). Derailed: Transitional Justice in Indonesia Since the Fall of Soeharto. Retrieved from https://www.ictj.org/sites/default/files/ICTJ-Kontras-Indonesia-Derailed-Report-2011-English_0.pdf 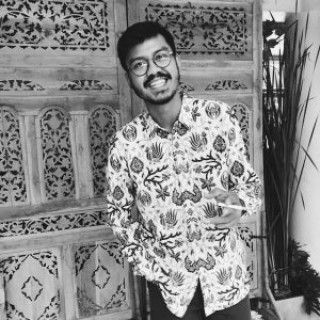